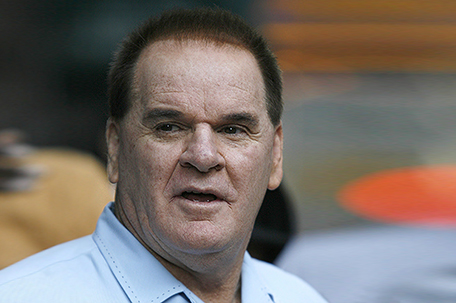 Now that Major League Baseball has upheld Pete Rose’s lifetime ban, it’s time that he addresses the longstanding gambling problem that’s kept him out of the Hall of Fame.

Pete Rose’s bid to be reinstated to Major League Baseball and restore his eligibility for Baseball’s Hall of Fame has come to a bitter end.

Rose, who was baseball’s all-time hits leader before being banned for life in 1989 for betting on baseball, was denied reinstatement to the league on Tuesday.

In a three-page statement, MLB Commissioner Rob Manfred concluded that Rose hasn’t adhered to the conditions for reinstatement set forth in the report issued by attorney John Dowd in 1989 that led to his banishment.

“[Rose] has not presented credible evidence of a reconfigured life either by an honest acceptance by him of his wrongdoing, so clearly established by the Dowd Report, or by a rigorous, self-aware and sustained program of avoidance by him of all the circumstances that led to his permanent ineligibility in 1989.”

There are no winners here, just a lot of sad, disturbing and tragic. It’s sad for baseball in general and for Rose in particular because let’s be honest; Manfred is right.

Rose’s ongoing refusal to admit that he bet on baseball, denial being something that’s typical of someone with an addiction, has always been what’s stood between his Hall of Fame numbers—a record-breaking 4,256 hits, a lifetime .303 batting average, three World Series rings, and 17 All-Star appearances—and the Hall of Fame itself. It’s made him persona non grata in baseball for the last 26 years. Compromising the integrity of the game in any way isn’t something that any of the commissioners in charge during Rose’s ban are going to tolerate.

While I can understand why having someone who might bet the spread against you might be a bad idea if he’s also the manager of your team, keeping Rose out of Cooperstown is wrong from a totally statistical standpoint. Despite his flaws and transgressions, Rose was one of baseball’s greatest players on the field and that’s what should be judged when it comes to his admission to the Hall of Fame. I mean hey, if we can have members of the Ku Klux Klan (I see you, Ty Cobb…), why not a compuslive gambler? This isn’t the Vatican. We’re not judging saints here.

American sports fans need to wake up to the notion that one’s ability to excel in sports doesn’t mean that they’re going to be people of high or low character. They are human beings who reflect the best and the worst of us.

But I’m not as concerned about the criteria to get into the Hall of Fame when it comes to Rose as I am his continued denial that he has a serious mental health problem.

When it comes to admitting what’s been obvious to everyone else for a while now, that Pete Rose has a gambling problem, it’s long overdue. His well-being is far more important than whether or not he gets immortalized in Cooperstown or reinstated to the league.

That’s because one of the things that came out of Rose’s meeting with the commissioner was that he was still betting on baseball. Manfred’s report also said that Rose tried to deny it, but he then admitted it.

That spoke volumes. People recovering from drug or alcohol abuse don’t show up in places where drugs and alcohol are present because a relapse is always possible. If you’re a compulsive gambler and you know it, the last place you ought to be is in a casino in A Las Vegas casino.

For all of his exploits as a player, Pete Rose deserves a space in the Hall of Fame.

But for his own good, he needs to acknowledge that he has a problem…and take care of it.