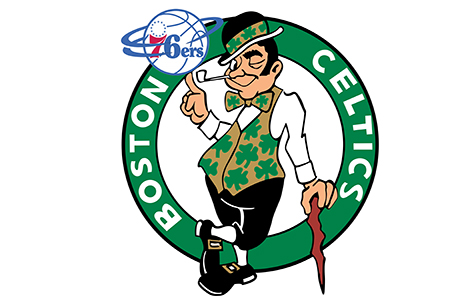 Despite the new additions to the Philadelphia 76ers, the Boston Celtics remain the team’s kryptonite.

In the last week or so, the Philadelphia 76ers were wheeling and dealing through trades and managed to build what is arguably one of the best starting lineups in the NBA with the acquisition of forward Tobias Harris.

The team has won three out of their last four games since then, including Wednesday’s 126-111 win over the New York Knicks.  Some NBA pundits like are saying the Sixers are a favorite to win the Eastern Conference.

But for all the great moves that general manager Elton Brand has made, the 76ers can’t seem to get past the one team that has beaten them during the current streak-The Boston Celtics. The same Boston Celtics team that eliminated them in five games in the 2018 Eastern Conference semifinals.

The Sixers 112-109 loss to the Celtics was especially troubling and downright frustrating for a variety of reasons. While the game at the Wells Fargo Center had a playoff-like atmosphere with the outcome in doubt until the game’s final minute, the Celtics were really in command all the way and answered every Sixers run.  They simply out-executed the Sixers.

“You want to win every game, but at the same time, we’re a new team,” said point guard Ben Simmons. “There’s things that we need to work on, we need to get better at. It’s a good test for us to see where we’re at with this new team. You always want to beat the Celtics. At the same time, you gotta look from a broader perspective. We want to make it to the playoffs and make it a great run and make it to the Finals. So obviously we want to win this game, but we got to look ahead.”

Boston has won 10 out of their last 12 games against the Sixers. Perhaps even more frustrating is that the Celtics have managed to own the 76ers without the services of point guard Kyree Irving. Second-year guard Jayson Tatum has been a thorn in the Sixers since last year’s playoffs. Dating back to the 2018 playoffs, Tatum has averaged 22-points per game against the Sixers.

Meanwhile, Celtics center Al Horford has stood toe-to-toe with Embiid and slowed him down to the point to where he made him earn all of his 22 points on 9-of-22 scoring. More importantly, Horford appears to have gotten under Embiid’s skin.

During the postgame press conference, Embiid was asked how Horford was able to defend him so well, especially for the first three quarters. A visibly frustrated Embiid said it was about the things he’s not doing and not about Horford.

“(Horford) is not doing anything, it’s just on me,” Embiid said. “I was sleepwalking for three quarters and that’s on me. It has nothing to do with anybody.”

The Sixers are banking on the team finding a way to gel together so they can beat top-tier teams in the Eastern Conference like the Toronto Raptors and the Milwaukee Bucks.  That’s going to be the team’s real test, and it’s one that they have to figure out how to pass before the playoffs, especially on the defensive end.

As Simmons told a reporter during his postgame press conference, every game is going to be a test for this team to see if both the Sixers starters and new guys coming off the bench can defend teams. In the playoffs, the Sixers not only have to show that they can put the ball in the basket, but also stop the other team from scoring.

If you look at the positive side of the Sixers loss to the Celtics is that do have the offensive power to hang with them. But it’s going to come down to the Sixers making buckets late in games, not turning the ball over or taking stupid shot — i.e. Embiid needs to chill on the three-ball and stay in the low post so he can give the guys who can really long-range jumpers the space to reduce their degree of difficulty.