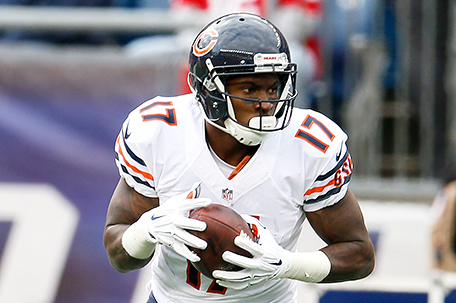 In spite of several high profile free agent signings, Philadelphia Eagles fans shouldn’t think that the team’s needs in the NFL Draft have changed that much.

The Philadelphia Eagles have had a good free agent signing period on both sides of the ball.

But don’t get it twisted. While Jeffery, who is signed to a one-year deal worth $14 million, and Smith are good additions to an average receiving corps, they are not long-term solutions for Wentz and the Eagles passing game.  They need to draft a quality, playmaking wide receiver.

While he was at the NFL Owners Meeting this week, Eagles Head Coach Doug Pederson said that ensuring that Wentz has a solid supporting cast in the long term is the team’s top priority. Because he is the face of the franchise as the team’s starting quarterback, having defenders spend less time in that face is in the team’s best interest.

The additions of Jeffery and Smith are significant upgrades to a receiving corps that includes wide receivers Jordan Matthews, Dorial Green-Beckham and Nelson Agholor. This depth will help the Eagles this year because let’s be honest, the Eagles receiving corps didn’t really scare anyone last year.

At 6-3, 218 pounds, Jeffery is an experienced big-play receiver capable of moving the chains and running the deep route. When he’s healthy and can play all 16 games, he’s good for a 1,000-yard season, having put up back-to-back ones in 2013 and 2014. In the 12 games he played last season (he was suspended for four games for violating the league’s substance abuse policy) he caught 52 passes for 821 yards and two touchdowns.

While Smith may have had some of his best year with the Baltimore Ravens, he still has a lot left in the tank, something that it was hard for him to show last year with the 49ers quarterback problems. Pederson is confident that both Jeffrey and Smith will pay big dividends for the Eagles this year.

“When you look at the big picture, we’re trying to acquire guys that will help us games whether it’s through free agency, the draft or from the team. He’s a big part of that now.” Pederson said on Wednesday. “Having a guy like Alshon who has the experience, who has an opportunity to help us win game, I think we’ll find out this spring.”

With the 14th pick in the draft, there are plenty of directions the Birds can go on both sides of the football, but as I’ve said before, they should err in the direction of a wide receiver. 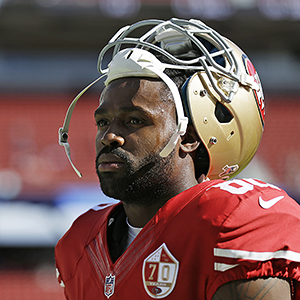 It would make a lot of sense for team president Howie Roseman to make a trade to put the Eagles in position to draft Clemson’s Mike Williams or Western Michigan’s Corey Davis, two players that will probably be off of the board by the time the Eagles make their pick. Williams and Davis are big-play receivers that are good enough to help Wentz right now due to their ability to run good routes and get defensive separation. They both have that, “It” factor when it comes to making the big play in key situations.

But if the Eagles don’t make that move, all isn’t lost on the wide receiver front. Another good receiver that might be around in the first or second round is speedy former University of Washington star John Ross.

During the NFL Scouting Combine back in February, Ross raised the eyebrows of pro scouts with a 40-yard dash time of 4.22 seconds, a Combine record.

Among the people he impressed was Doug Pederson, who marveled at his breakaway speed coupled with his 5-11, 190-pound frame.

“He’s dynamic. He’s got good speed, he’s quick,” Pederson said. “Where ever he ends up, he will be a guy who will be schemed every offensively to figure out a way to get him the ball…  Now the question is how do we use him.  For guys like that with the ball in his hands, be can very special.”

The only caveat with Ross is that he recently underwent shoulder surgery shortly after visit with the Eagles back on March 14. Ross is from Long Beach, California, was a part of a league run by rap icon Snoop Dogg, and is a fan of another product from his hometown, Tampa Bay Buccaneers receiver DeSean Jackson, who Eagles fans might remember as a receiver who wasn’t really fond of blocking.

While having a speedy receiver is good, it’ll be interesting to see if that’s all Ross brings to the NFL table.

The NFL Draft will be taking place her in Philadelphia beginning April 29.

Want to know what the Philadelphia Eagles NFL Draft board looks like, how the Sixers “process” is progressing, which Flyers are on thin ice or what we can all expect from the post-Ryan Howard era Phillies? Come join me on my new show, The Chris Murray Report, on Saturdays from 11am-1pm on 900AM WURD. In addition to hearing about your favorite teams, my special guests and I will also be looking at the ways that sports intersect with the world around them and taking your calls. You can also hear The Chris Murray Report on 900AM WURD.com, on the WURD app or via TuneIn.