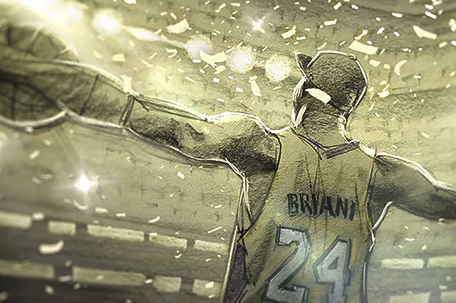 It also showed just how much African Americans don’t know about journalism and the dangers of hero worship.

During the course of what was an in-depth interview with Leslie, King asked whether Bryant’s legacy would be complicated by the rape accusation made by a young woman in Eagle, Colorado in 2003. The case was ultimately dismissed because the alleged victim refused to testify. There was ultimately a settlement reached between Bryant and the woman which included the following apology:

“Although I truly believe this encounter between us was consensual, I recognize now that she did not and does not view this incident the same way I did. After months of reviewing discovery, listening to her attorney, and even her testimony in person, I now understand how she feels that she did not consent to this encounter.”

Because Leslie answered King’s questions, which were asked in a professional manner, and also because other outlets including ESPN, the Washington Post and the New York Daily News, had brought up the topic as well, I didn’t see any problem.

But for people like Snoop Dogg and a large number of African-Americans on social media, King went too far and caught the wrath. On platforms like Twitter and Facebook, King was accused of trying to assassinate Bryant’s legacy by the simple act of bringing up the incident. King was vilified as a race traitor who, along with close friend Oprah Winfrey, was a part of a vast conspiracy to destroy Black men. There were more than a few people who thought King’s line of questioning was immoral.

But the Black journalist community, myself included, defended King because what Snoop Dogg said in his video was more than just hateful.

It was wrong. And it shows that people don’t know how journalism works. While some in the media community may debate how King conducted her interview, I neither think she had sinister intentions nor do I believe the backlash King ultimately received.

The mention of the incident isn’t an attack on Bryant’s legacy. It’s a part of it, whether people like it or not.

From my perspective as a journalist, I’m not mad that King brought up the sexual assault allegation because it’s part of Bryant’s public record. Every major media outlet in the country reported on it at the time and ignoring it would make no sense.

That was something that a lot of people outside of journalism on my social media feed couldn’t comprehend, and on one level, I get it.

For African-American men grieving Bryant’s death, bringing up the events in Colorado felt like another attack on Black men from a society that views us with unnecessary suspicion and tends to come down harder on us when suspected of committing a crime.

We are always on double secret probation.

But keeping reporters from doing their jobs isn’t going to stop that from being the case.

As the saga went on, Georgetown University Professor Michael Eric Dyson wound up being the voice of reason. He said what this group of mostly African American men didn’t want to hear, which was that Bryant wouldn’t have become the man he was when he died without that incident as a catalyst.

“When you notice Kobe Bryant’s trajectory from that moment on, here was a man who was deeply and profoundly committed to his wife,” Dyson said. “He confessed his adultery to her. He apologized in public for that as well. He want to have four daughters with and embrace women’s sport.”

“Yes, he acknowledged that there had to be a paradigm shift in his life and he didn’t have to say that,” Dyson continued. “He was evidence that in his own life, in his own living and transformation.”

Our legacies are often shaped by the good, the bad, and the ugly. Some say that President Lyndon Johnson’s legacy on Civil Rights and the Great Society was tarnished because of the Vietnam War. I can personally look at how Michael Vick bounced back from serving time in prison for dogfighting to becoming a better football player, husband, father and an advocate against animal cruelty.

To quote the character Troy Maxson in August Wilson’s play, Fences: “You take the crookeds with the straights.”

But you have to take all of it. Not just the part you like.

So how about allowing journalists to do their jobs, okay?