John Bartram Braves back on the football field after violence threat 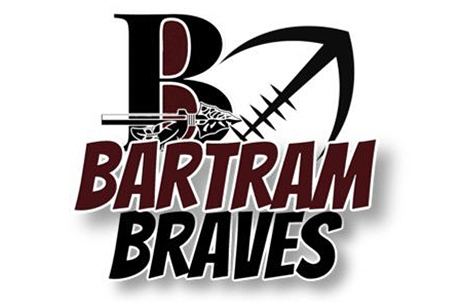 James Chapman, the football coach at Bartram High, has been concerned about his team’s safety this year.

Throughout the year, there have been a series of shootings and murders at recreation centers around the city. Several weeks ago, there was a shooting at Roxborough High School which resulted in the murder of a 14-year -old high school football player. The murder has impacted high school sports around the city.

In light of that tragic incident, the game against Imhotep Charter and Penn Wood High was canceled due to a threat received of a possible shooting.. In addition, Bartram’s junior varsity football game, which was scheduled a few days later, was also canceled.

Chapman said a high school located outside the district made a disturbing threat against his team, and he took it very seriously. He then made the decision to cancel the next two games. He said in a letter to parents that all football activities would be moved indoors until further notice.

Since the day of Chapman’s letter, the Bartram football team did return to the football field.  On October 8, the Bartram Braves defeated Frankford High 28-12. The game was played at Bartram’s field. Two police cars sat outside the gate. It was a peaceful game as Bartram led the game with 100 fans sitting in the stands. There was no disturbance during the game and no threat of violence.

Chapman felt good about returning to the football field. However, despite feeling happy about the victory, he felt his team should have scored more points against a competitive Frankford High team.

“We left too many points on the football field,” Chapman said. “I’m not too happy about that. But our players came out with full energy all week. We were able to accomplish what we wanted to do in this game. Back at the school, our gym is extremely small and tight. We could barely run our offensive formation in that small gym. But our players did what they had to do. They put in the time in the weight room. They watched films and studied plays. They made the best out of a bad situation.”

After Bartram’s victory over Frankford High, the team faced Simon Gratz in a Public League game on October 15 at Bartram’s field. Despite a heavy police presence and tight security, Chapman expected a large crowd.

Enon Eagles U13 football team, national champions on and off the field