Is This Game Really Necessary? 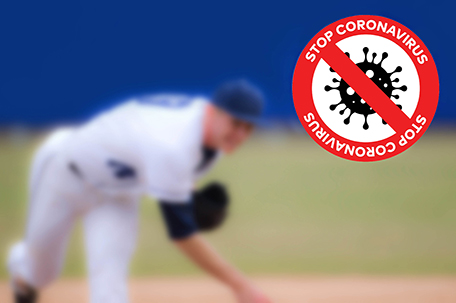 The National Basketball Association and Major League Baseball are about to take the court and the field next week. The NFL is right around the corner. But with the coronavirus still lurking around, is it worth it?

As of press time, 137,720 Americans have died from the coronavirus. Cases in states like Texas, California, Florida, and Arizona are on the rise.

Florida stands out for two reasons: One, the state reported nearly 10,000 new cases earlier this week.

And two, the National Basketball Association resumes its 2019-2020 season in a bubble at Walt Disney World in Orlando, Florida this week.

As the United States continues to deal with an outbreak that seems to be going nowhere by forcing the nation’s economy open, the NBA, Major League Baseball, the Major Indoor Soccer League and soon, the National Football League are about to take the field and give a sports starved public what it’s been craving.

But is it necessary?

In an interview with The Atlantic, Dr. Anthony Fauci, the director of the National Institute of  Allergy and Infectious Disease, said that if the country does another shutdown, especially in the states experiencing dramatic increases in case counts, it could dramatically reduce the numbers of people infected by the virus.

“States that are in trouble right now, if those states pause and say, “Okay, we’re going to do it right, everyone wear a mask, bars closed, no congregating in crowds, keep your distance, protect the vulnerable”—if we do that for a few weeks in a row, I’ll guarantee you those numbers will come down,” he said.

Proof of that can be seen in how states like New York, New Jersey and other states have managed to flatten the curve and resume a slightly closer to normal life.

But in the world of sports, several high-profile athletes have recently been diagnosed with COVID-19. Phillies’ third baseman Scott Kingery tested positive and earlier this week, Houston Rockets star guard Russell Westbrook announced that he had come down with the coronavirus.

The MISL started its season in a crowd-less bubble situation in Kissimmee, Florida earlier this month and already two teams have withdrawn from competition because players and team staff have come down with the virus. Nine members of Nashville SC (Soccer Club) roster, a third of the team’s roster, have tested positive for the coronavirus.

FC Dallas has also withdrawn from the competition after 10 of its players and a staffer came down with COVID-19.

The more reports I hear of athletes with the coronavirus, the more I question the wisdom of professional sports leagues and the NCAA’s decision to play games, especially when the epidemic seems to be spiraling out of control and more people are dying from the disease.

In college sports, the historically Black Div. II conference- the Central Intercollegiate Athletic Association (CIAA) has canceled all of its fall sports. The Ivy League, which includes the University of Pennsylvania, has decided to cancel its fall sports season.

The Big Ten and the Pacific Ten Conferences have announced that their football teams would only play teams within their conferences if they play at all and the Atlantic Coast Conference and the Big 12 will decide if they’re playing later this month.

The NFL will be opening up its training camps in two weeks. You wonder how the players, especially the lineman on both sides of the ball will back have already tested positive for the virus. You wonder what’s going to happen during practice.

“Unless players are essentially in a bubble — insulated from the community and they are tested nearly every day — it would be very hard to see how football is able to be played this fall,” Fauci said in an interview with CNN.

At the collegiate level, 37 Clemson players, 13 players from the University of Texas, 19 student-athletes at Ohio State, and eight Alabama players have all tested positive for coronavirus. More than a few college football teams have canceled their summer workouts

While we all know that money is the driving factor for the sports leagues, I contend that pro and college sports need to shut down their seasons until they all figure out a way to bring the virus under control and reduce the risk of people getting it.

I would rather see a season where we have no sports, at all, until we figure out a way to make it safe for fans, players, media members, and stadium personnel. Unfortunately, we are in a situation where the current leadership in the White House is oblivious, incompetent, and simply doesn’t care that this public health crisis out of control.

If we are serious about bringing sports back and re-opening businesses, there has to be a national mandate that provides more testing, social distancing, wearing masks, shutting down the bars and the beaches where large groups of people gather.

The health and well-being of our society are far more important than our worship of the almighty dollar and our desire to consume sports and entertainment.

In the midst of a six-game losing streak, Phillies need to regain their “Swag” before it’s too late