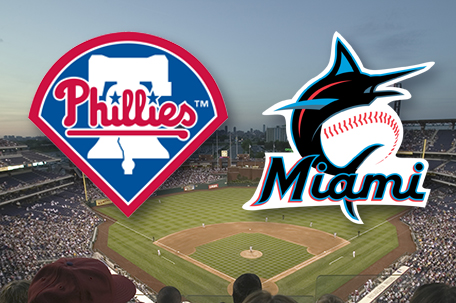 Coming into the 2021 season, most observers thought the Phillies would be solid offensively with guys like right fielder Bryce Harper, catcher J.T. Realmuto, and leftfielder Andrew McCutchen.

Fans also knew that they had a pair of solid starting pitchers with guys like Aaron Nola (5-4, 3.97 earned run average) and Zack Wheeler, and they also figured to get solid outings from a few other guys in the starting rotation like Zac Eflin, Matt Moore, and Vince Velasquez.

But the thing that both the fans and Phillies manager Joe Girardi worried about the most was whether or not the bullpen was going to be better than it was during the COVID-shortened 2020 season. Last season, the Phillies bullpen had 14 blown-saves and just 11 saves and 7.06 earned run average, the worst in Major League.

So far this season, not much has changed in the world of relief pitching for the Phillies. If anything, it’s gotten worse.

The bullpen has been simply awful.  In 78 games this season, the Phillies bullpen has blown 21 blown saves and has the eighth-worst ERA in baseball at 4.68.  And no matter how many runs the offense generates or how large the lead is in a game, the Phillies relievers have seemingly invented ways to blow solid outings by the starters.

In Wednesday’s 11-6 loss to the Miami Marlins, the bullpen couldn’t pick up a struggling Aaron Nola, who had 11 strikeouts but allowed seven runs on nine hits in four and two-thirds innings, including a disastrous fifth inning where the Marlins scored six runs after the Phillies came into the inning with a 5-2 lead.

While Nola was charged with most of those runs, the Phillies bullpen simply could not put out the fire, which, along with poor fielding, has become an ongoing thing. On Wednesday night, the Phillies committed two errors in the field.

After the game, Girardi said he didn’t have relievers Jose Alvarado, Bailey Falter, or Ranger Suarez, who was suffering from back spasms.  But this problem notwithstanding, this bullpen can’t keep an opponent off the scoreboard.

That’s understandable on one level given what Girardi said was a lack of days off over the last five or six days. But shouldn’t the guys you do have available be able to do the job?

“Obviously, this is a performance-based business, right?,” Girardi said. “You have to perform or changes are made and that’s for everyone. It includes me, too, right. If the team doesn’t perform up to standards, I’m the one that’s in charge and I’m the one that’s responsible. That’s the business we live in.”

Earlier this week in a road game against the Cincinnati Reds, the Phillies had a 4-2 lead coming into the seventh inning. They had gotten a solid effort from reliever Falter, who had come in to relieve Spencer Howard in the third inning.

After Falter was relieved in the seventh, the Phillies bullpen had a meltdown of epic proportions. The combination of Falter, Neftali Feliz and Enyel De Los Santos combined to give up 10 runs in a space of two innings. It took Phillies infielder Nick Maton to stop the bleeding by ending the bottom of the eighth with a strikeout.

At 37-41, the Phillies are wallowing in the mire of fourth place, five games behind the New York Mets in the National League East. Between bullpen issues and bad fielding, Girardi still believes he has a good team that can overcome its problems.

“I believe that we can, but we have to start doing it and that’s the bottom line,” Girardi said. There’s been a myriad of issues that we’ve had during the course of time whether it is pitching, defense, or hitting. …We’ve got to turn this around.”

Survival of the Skittish