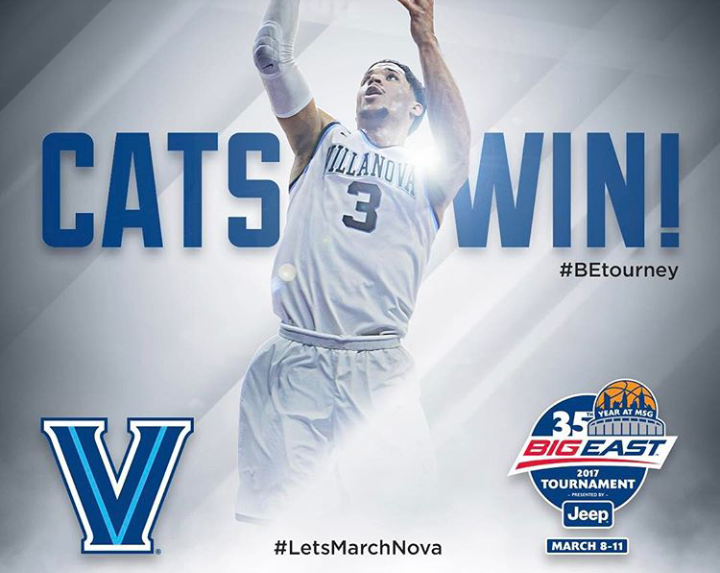 NEW YORK (AP) — Josh Hart, who led Villanova to a fourth straight Big East regular-season title, has been selected the conference player of the year.

Butler’s Chris Holtmann was chosen coach of the year on Wednesday and center Justin Patton of Creighton was freshman of the year.

Holtmann led Butler to a 23-7 record, including 12-6 and second place in the Big East. Picked sixth in the coaches’ preseason poll, the Bulldogs own a 6-2 mark against ranked teams with five of the wins coming against teams in the top 15. Holtmann’s three-year record at Butler is 68-29 (.701).

The voting was by the conference’s coaches.

Copyright 2017 The Associated Press. All rights reserved. This material may not be published, broadcast, rewritten or redistributed.