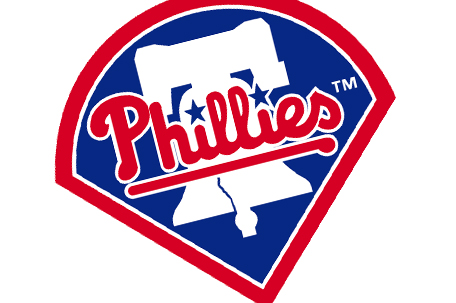 The Philadelphia Phillies bullpen dug the team into another hole against the San Francisco Giants Wednesday afternoon at Citizens Bank Park. Right fielder Bryce Harper pulled them out.

On a day when it looked like the Phillies bullpen was going to get grief for blowing a lead for the second game in a row, the Phillies offense bailed them out with some late-game heroics to avoid a humiliating three-game sweep at the hands of the San Francisco Giants and former Phils manager Gabe Kapler.

Andrew Knapp’s RBI single in the bottom of ninth scored Bryce Harper from second and the Phillies (9-9) came away with a 6-5 win over the Giants on what a windy, Wednesday afternoon at Citizens Bank Park.

While Knapp certainly deserved all the kudos for coming up with a clutch hit to put the game in the win column, the guy who really saved the Phillies what could have been another disastrous defeat was Harper.  It was his game-tying, home run with two outs in the bottom of the seventh inning after the Giants scored four runs in their half of the seventh inning.

“Today and in the last five games, he’s been doing his thing and really helping us,” said Phillies centerfielder Mickey Moniak, who hit a three-run in the second inning for his first Major League home run.  “After losing that lead, it was tough but having a guy like that to hit that big home run and come in the dugout and fire e us up. It gave us a sense of encouragement, knowing we have the team to be able to succeed whether we are down one or up one. … Having a guy like that to fire us up was huge.”

In his last five games, Harper has gone 11-for-17 with two doubles, two home runs, four runs batted in, and five walks along with an OPS of 1.845 (a combination of slugging percentage and on-base percentage).

“The guys a game-changer,” Knapp said. “For him to be able to put together the stretch of at-bats he’s put together so far. We all know he can do it, he knows he can do it.  … That guy cares. He wants to win a lot. Another big homer by him. It got us back in the game. We were down and out there for a second for him to come and do what he did is why he is who he is.”

Harper’s performance took the heat off a Phillies bullpen that has struggled for the last couple of games mainly because they are missing relievers Archie Bradley, who is out for the next two weeks with injured ribs, and Jose Alvarado, who is on the injury list due to COVID-19 protocols.

The Phillies had jumped out to a 3-0 lead on Moniak’s three-run homer in the second. The Giants cut the lead to 3-1 in the fifth inning when catcher Buster Posey scored on an RBI ground out. The Phillies later added another run on an RBI-single by rookie shortstop Nick Maton that scored second baseman, Brad Miller.

The Phillies had a 4-1 lead coming into the seventh and promptly lost it when Giants pinch-hitter Darin Ruf hit a three-home run off Phillies reliever Brandon Kintzler to tie the game. San Francisco scored the go-ahead run on an RBI single by Alex Dickerson.

Now that this series is over, the Phillies head west to take on the Colorado Rockies on Friday night at Coors Field in Denver, barring a spring snowstorm.