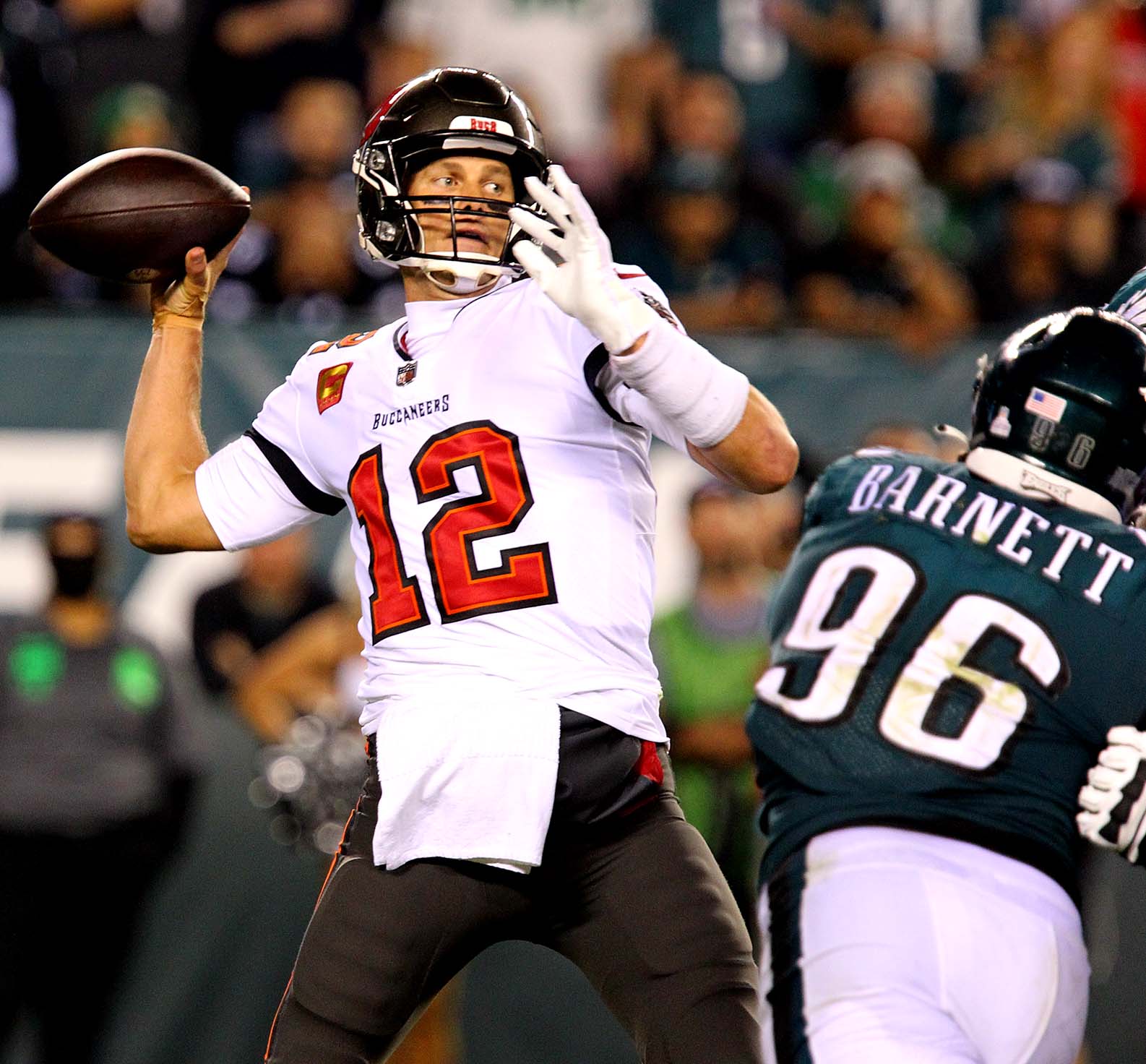 If the Philadelphia Eagles utilized need to utilize Miles Sanders and the running game.

If you’re a Philadelphia Eagles fan looking at the 28-22 final score of the team’s loss to the Tampa Bay Buccaneers on Thursday night at Lincoln Financial Field, the surprisingly close score shouldn’t make you see any silver linings with this team.

In fact, you should probably be more than a little pissed off because the only thing that kept this from being an upset win against the defending Super Bowl champs is yet another display of head coach Nick Sirianni trying to be too smart of his own good.

At least he came a little closer to admitting it this time.

“Yeah, again, it always starts with us putting the guys in position to make plays,” Sirianni said.  “So, it starts with us as coaches first to put them in the right position, go to the right player with the football, to try it get our guys going.”

For three and a half quarters, the Eagles were woefully inconsistent on offense after scoring on their first drive of the game, going three-and-out six straight times after scoring their points. This is mainly because they refused to utilize running back Miles Sanders in the running game until late in the game.

In a move that just doesn’t happen in the NFL, the Eagles ran just one running play in their first 25 offensive plays.

“We didn’t execute, and we just have to do a better job to start off the football game, to get ourselves off to a fast start,” Sirianni said. “I know we scored on the first possession, but after that, it fluttered all the way to the middle of the second half.”

At halftime, Sanders had just one yard on just one carry in the first half. It got better in the second half where he managed to break off some big runs and finished with 56 yards on nine carries and averaged 6.2 yards per carry. But that was after seeing quarterback Jalen Hurts run for his life the entire first half because he was passing on every down.

The bottom line here is that even in this day of run-pass options and zone reads, running the ball matters and utilizing a versatile back like Sanders will only help to keep pressure off the quarterback.

Hurts struggled to find his groove in the passing game, completing 12-of-26 passes for just 115 yards with one touchdown pass and one interception. As a team, the Eagles had just 213 of total offense for the game.

The Eagles were just 1-for-3 on third down conversions in the first half and finished 3-of-10 for the game. Two of the three Eagles touchdowns were set up by a pair of pass interference penalties that put them deep into Buccaneers territory.

Until their final drive of the game, the Eagles were stuck in a quagmire of pass-happy play calling that yielded few results other than Hurts having to run for first downs.

On the Eagles second scoring drive of the game late in third quarter, fans gave a mocking Bronx cheer when a five-yard run by Sanders put the ball at the Tampa Bay 13. Hurts would score on a six-yard run to cut the Bucs lead 28-14 late in the third quarter.

Midway through the fourth quarter, the Eagles had their best offensive drive of the game. When they final decided to put the ball in Sanders hands. He broke off two big runs of 23 yards and 11 yards to move the Birds from their own 46 to inside the Tampa Bay five-yard line. He accounted for 45 of the 54 yards to the Eagles to put them to within six after a Hurts touchdown run and a two-point conversion.

“We want to get all our play makers the football. Miles is a playmaker,” Sirianni said. “He showed that today and he’s no exception.”

You might one to come up with a game-plan to utilize the former Penn State star.

It would certainly help the Eagles to establish some rhythm on offense when you actually give him the ball and take some pressure off Hurts. More importantly, it would make this year’s Eagles squad a lot less predictable.

Sirianni and the Birds have a week to come up with that offense. Their next game will be against the Las Vegas Raiders on Sunday Oct. 24 at 4pm.