Going For The Win 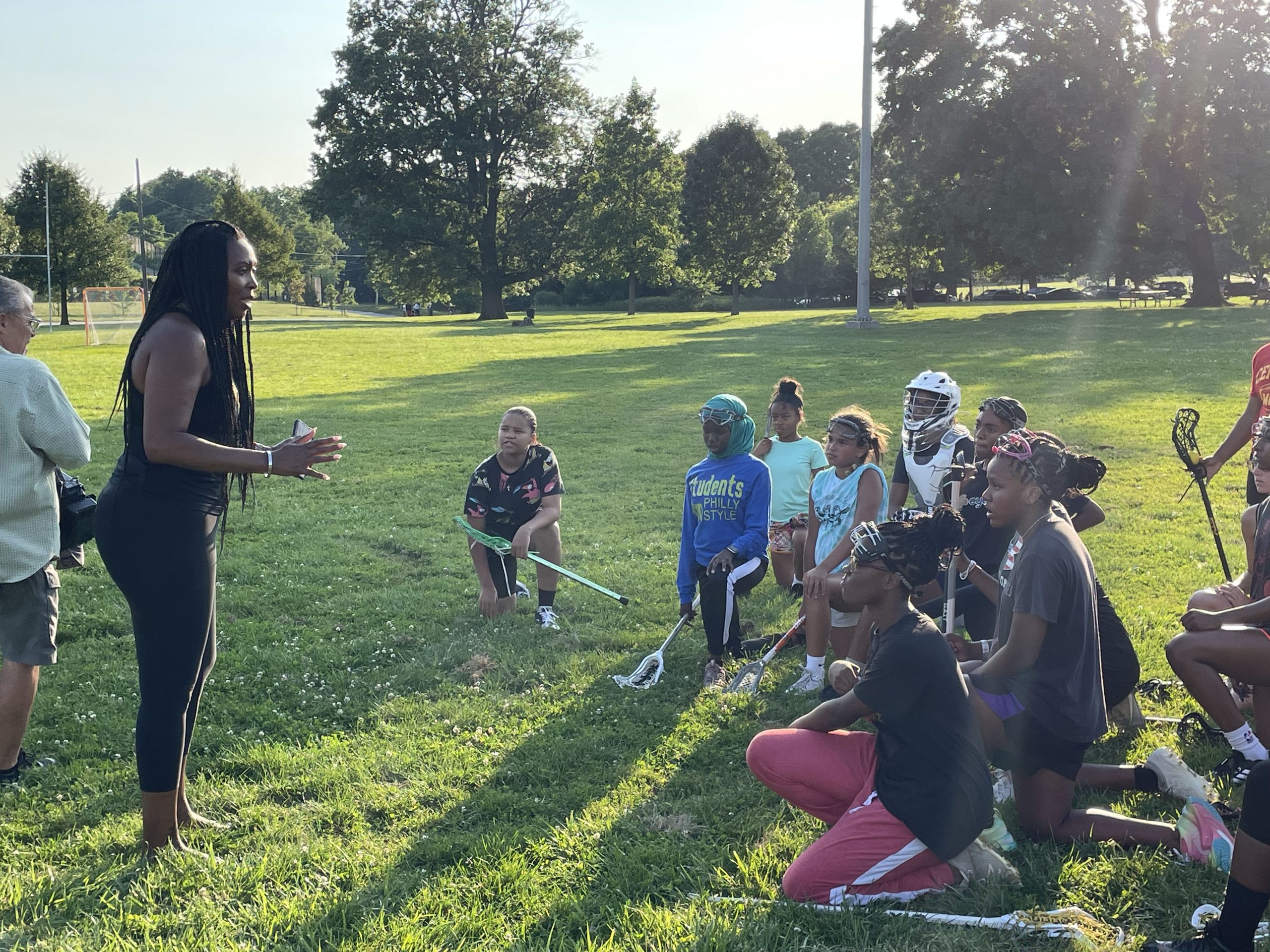 The Eyekonz Lacrosse Team heads to the World Lacrosse Festival this weekend to take the festival by storm.

As she watched the members of the Eyekonz Lacrosse team working on passing drills at the Mander Playground in Strawberry Mansion in preparation for their trip to the World Lacrosse Festival this weekend, head coach and CEO Jazmine Smith made it clear that her team is on a mission.

“I want them to win,” Smith said. “You’re playing against the highest level of competition. You’ve got to be able to raise it up. …We’re there to win the whole thing.”

Eyekonz will be representing Philadelphia in the World Lacrosse Festival at Goucher College in Towson, Maryland. The tournament features the best youth, high school, and adult lacrosse teams, and the Eyekonz teams will be competing in both the 14 and under and in the 18 and under categories. The 14-and-under squad played its first match of the tournament on Thursday and the 18-and-under team will play its first match against Team Ontario U17 on Sunday.

The Eyekonz team goes in with the advantage of having former Temple University coach and Lacrosse Hall of Famer Tina Sloan-Green leading them. It was announced months ago that Sloan-Green, the founder of the Black Women in Sports Foundation, would be coaching the Eyekonz team during the tournament.

That Smith, who has followed in Sloan-Green’s footsteps as a trailblazer in non-traditional sports like lacrosse and field hockey, believes that the group of mostly African American girls that make up her team can hang with anyone is a function of her confidence in them.

She knows their winners. It’s just up to them to show the rest of the World Lacrosse Festival field.

“It doesn’t matter the gender or race … You go with the intention that you’re going to win,” Smith said. “You manifest it. You have to see it before it comes and then attack it. They have to attack like they want it.”

Tasmin Sabil, 16, a student at Northeast Magnet School, said she is confident that her team will do well in the tournament.

“I feel very confident and (Smith) telling us that gives me even more confident because my skill isn’t any less than anyone else’s,” Sabil said. “If we work together as a team on that field and we trust each other, we can win the whole thing.”

When Smith started Eyekonz in 2002, she wanted to expose African American girls aged 8 to 18 to opportunities in non-traditional sports like lacrosse and field hockey. Smith herself started playing lacrosse and field hockey when she was seven years old and as she got older, she noticed that these sports lacked the participation of Black and Latinos.

Since starting Eyekonz Sports, Smith said 33 of her former athletes have received full or partial scholarships to college because of their participation in lacrosse.

“It’s the fastest growing sport in the world and the opportunities for them to play college lacrosse are ample,” Smith said. “It’s huge and it’s just a matter of them getting them in front of those spaces and coaches, so that they see that opportunities are vast … We want to keep those numbers growing.”

For the young girls who play lacrosse in the Eyekonz program what they seem to like most about their participation in the sport is the sense of teamwork and sharing a common goal. D’mya Medley, 15, who attends Sankofa Freedom Charter, said Smith has instilled in them the belief that they can accomplish anything.

“(Smith) helped me to believe that I’m actually a lacrosse player,” said Medley, who plays the mid-fielder position for EyeKonz and has been playing lacrosse since sixth grade. “She made us get in the mirror and do our ‘I am’ affirmations and actually talk to ourselves so that we can believe that we are who we are.”

Added Bryelle Small, 16, and a junior at Newman-Goretti: “I just like that we’re really connected because we’re a mostly Black team and girls, so we have just had a connection.”