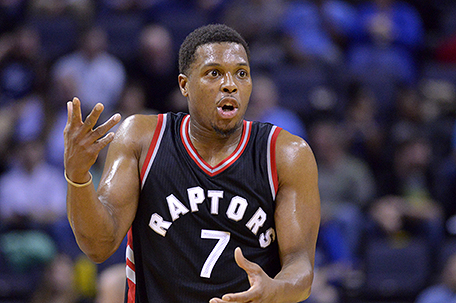 For foreign born NBA players and their American teammates, the Trump Administration’s ban on immigration could be a game changer.

Out of all of the reactions to President Donald J. Trump’s executive order banning people from seven mostly Muslim countries from coming into the United States, Cardinal Dougherty’s Kyle Lowry, now a star with the Toronto Raptors, was the most strident.

When asked by reporters how the ban would possibly affect his teammates, Lowry pulled no punches.

“I think it’s bull-s—t,” Lowry said. “I think it’s absolute bull-s—t. Our country is the home of the free and for that to happen is bull (expletive). I’m not going to get too deep, but it’s bull-(expletive). That’s how I feel about it.

“I bleed red, white, and blue,” he continued. “I was born and raised there. I have always been taught to treat everyone the same. It’s a difficult time for my country right now and it’s sad.”

Lowry’s sentiment was echoed around the world of sports.  Most of the reaction to President Trump’s executive order was decidedly against the idea of restricting Muslims and Syrian refugees coming into the United States.

The bulk of it came from the NBA, where foreign-born players make up a significant population. According to a report by NBA.com, the league has a record 113 players from 41 countries. Some of the countries included are nations with large Muslim populations such as Bosnia, Turkey, Tunisia and Sudan, one of the seven countries on Trump’s list of banned Muslim nations. 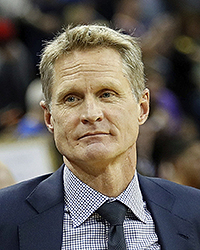 If anyone in the NBA has an intimate understanding of the issue of international terrorism, it’s Golden State Warriors head coach Steve Kerr. Back in 1984, Kerr’s father, Malcolm was assassinated by Muslim extremists when he was president of the American University in Beirut, Lebanon.

Despite living with the pain of father’s death, Kerr said he was against the travel ban against Muslims and Syrian refugees because it can only make the situation worse.

“I would just say that as someone whose family member was a victim of terrorism, having lost my father, if we’re trying to combat terrorism by banishing people from coming to this country, [it’s] really going against what the principles of what our country’s about and creating fear,” Kerr said. “It’s the wrong way to go about it. If anything, we could be breeding anger and terror and so I’m completely against what’s happening.”

Meanwhile, the NBA has reached out to the State Department to see how the ban would affect players from one of the counties listed by the Trump administration. One of those listed nations includes Sudan where the NBA’s “Basketball without Borders,” has played a key role in helping to develop Sudanese players. According to Yahoo.com, some of the players are in the United States attending high schools and colleges.

“We are in the process of gathering information to understand how this executive order would apply to players in our league who are from one of the impacted countries,” said NBA spokesman Mike Bass. “The NBA is a global league and we are proud to attract the very best players from around the world.”

One of the more unlikely opponents of President Trump’s ban is NASCAR race driver Dale Earnhardt Jr.  The most ardent Trump supporters are in the South and are not tolerant of foreigners or Muslims to go along with people of color.

Nevertheless, Earnhardt, in a tweet. voiced his displeasure with President Trump’s executive order prohibiting Muslims and refugees from Syria.

“My fam immigrated from Germany in [the] 1700s escaping religious persecution,” Earnhardt tweeted in response to a Twitter user who identified himself a Muslim from Indonesia. “America is created by immigrants.”

But not all athletes have been willing to speak out about it. During the media availability at Super Bowl LI in Houston, Atlanta Falcons wide receiver Muhammad Sanu, who is a Muslim, has steadfastly refused to address the issue with reporters.

Chances are, however, the discussion will continue.

Sixers finding themselves during tough stretch of games