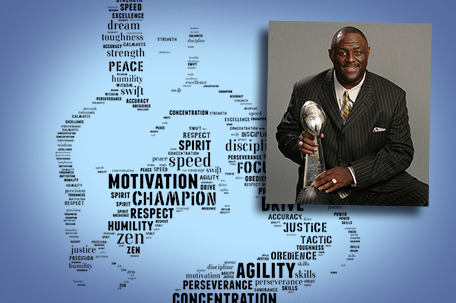 During his playing days with the New York Giants, New York Jets and Washington Redskins, Leonard Marshall was one of the NFL’s best defensive lineman with a career that included a pair of Super Bowl rings and 83 sacks.

But when he hung up his jersey after 11 years in the game in 1994, Marshall began to notice that all was not well with some of his fellow ex-NFL players. Some were dealing with malingering pain from old injuries that led to addiction to painkillers. Others didn’t have jobs of the health insurance needed to help with their problems. Still others were dealing with serious short-term memory loss.

“Some of the players were divorced and didn’t have the education or skills to earn money,” Marshall said. “They found themselves in a situation where they couldn’t figure out ‘What’s my next step?”

As he talked with more players, this pattern of injury, addiction and memory loss became clearer, Marshall said.

But it was the death by suicide of former Philadelphia Eagles safety Andre Waters that made Marshall take action. He and Waters had faced off more than once when he played with both the Giants and the Redskins, so the news hit close to home.

“That situation was terrible. That’s what grabbed my attention,” Marshall said. “It was a wake-up call.”

It was then that Marshall decided that it might be time for him to help his fellow retired brethren of the gridiron put together a Game Plan.

In 2008, Marshall formed the Game Plan Foundation to help former NFL’ers connect with the treatment they need. So far, the organization has raised $50,000 and has established partnerships with the medical facilities such as the Laser Spine Institute in Tampa, Fla., and Clifton, N.J.-based Pain, Alternatives, Solutions, Treatment (P.A.S.T) to get former players without health insurance or savings the care for the physical and mental ailments brought on by the game free of charge.

“About 60 or 70 percent of former players aren’t employed and don’t have the skill set or the ability to function in a job or have a partner that has a job with health benefits,” Marshall said. “I want them to have options for their healthcare.”

The most prevalent ailment among retired players is the issue of chronic traumatic encephalopathy—or CTE. CTE is a degenerative brain condition caused by an abnormal build up of the protein tau, which strangles the brain cells in the areas that control memory, emotions and other functions. CTE, which doctors say is the result of head trauma, has been linked to dementia and depression.

CTE, which was first discovered by forensic pathologist Dr. Bennett Omalu when he did an autopsy of Pittsburgh Steelers Hall-of-Fame center Mike Webster, has been connected to some of the league’s most high-profile incidents, such as the suicides of San Diego Chargers linebacker Junior Seau and former Chicago Bears defensive back Dave Duerson.

Marshall was diagnosed, along with former Dallas Cowboys Hall-of-Fame running back Tony Dorsett and offensive lineman Joe DeLamielleure, with CTE last November after having a test done at UCLA by TauMark.

This makes the struggle to help the NFL’s retirees is a personal one for Marshall.

Marshall said he copes with it by taking supplements, exercise and getting additional therapy with controlling his behavior from P.A.S.T., some of which involve him going through therapy that involves getting oxygen to his brain.

“I have to deal with making good decisions, but I’m still talking and writing. Trying to make things work for Leonard,” he said. “It’s a challenge.”

The reality of CTE is also a concern to current NFL players as well. San Francisco 49ers tight end Vernon Davis said players are worried about the blows to the head that aren’t diagnosed as concussions.

“You have guys that are worried about the helmets they’re wearing or they’re thinking of the players who are suffering from brain injuries now,” Davis said. “It’s getting better, but guys are still worried about it.  …The thing I think about is do we get concussions even though we don’t have symptoms? How will that affect our health? We’re playing this contact sport and we’re getting concussions, but we’re not having the symptoms.”

Unlike now, where players that get their “bells rung” have to go through a concussion protocol before even thinking of returning to the field, head injuries were the last thing on the league’s mind when Marshall was in his prime, he said.

“They did not educate us on head trauma,” Marshall said. “It wasn’t a part of your annual physical. I never got one as a Jet, Giant or Redskin. That was not a part of the exam.”

During his annual press conference at the Super Bowl, NFL Commissioner Roger Goodell was asked by Davis if the league would be willing to give the players free health care for retired players.

This issue made the news recently when a federal judge held up a $765 million settlement of a class action lawsuit filed by more than 4,800 retired players against the NFL. The $765 million wasn’t enough money to help all of the players involved with their needs, Judge Anita Brody said.

Goodell said the league is always looking for ways to improve the health care for its former players. In 2007, the NFL instituted its 88-Plan, which provides retired players suffering from dementia, Alzheimer’s, Parkinson’s disease and ALS with $100,000 annually for long-term care and $88,000 for care at home.

But the NFL can’t make things safer alone. So in an attempt to minimize head trauma, the Game Plan Foundation is also teaching youngster how to employ tackling techniques that don’t involve using the head.