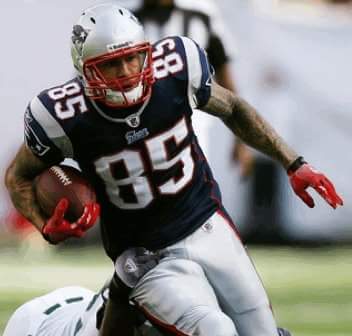 Massachusetts prison officials say former NFL star Aaron Hernandez has hanged himself in his cell and has been pronounced dead at a hospital. He was 27.

An official with the Massachusetts Department of Corrections says Hernandez was found hanged in his cell just after 3 a.m. Wednesday. Authorities tried to revive the former New England Patriots tight end, and he was pronounced dead at UMass Memorial – HealthAlliance Hospital in Leominster at 4:07 a.m.

Prison officials say the Hernandez was in a single cell in a general population housing unit at the Souza Baranowski Correctional Center in Shirley, Massachusetts They say he hanged himself using a bed sheet that he attached to a cell window.

Authorities say Hernandez tried to block the cell door from the inside by jamming the door with various items.

Hernandez, who was serving a life sentence for a 2013 murder, was acquitted Friday in a 2012 double slaying prosecutors said was fueled by his anger over a drink spilled at a nightclub.

A Massachusetts prisons spokesman says he’s not aware of any suicide note written by Aaron Hernandez before the former New England Patriots star hanged himself in his cell, but stresses that the investigation is ongoing.

Assistant Deputy Commissioner of Communications Christopher Fallon also says Wednesday that officials had no concern that Hernandez was planning on taking his own life. The 27-year-old was housed in the general population unit of the Souza-Baranowski Correctional Center in Shirley. He says Hernandez would have been transferred to a mental health unit if there was any concern about his well-being.

The New England Patriots learned of former tight end Aaron Hernandez’s apparent suicide as they prepared to go to the White House to celebrate their fifth Super Bowl title.

Guards found the 27-year-old Hernandez hanging from a bedsheet in his cell Wednesday morning at the Souza-Baranowski Correctional Center in Shirley, Massachusetts, where he was serving a life sentence for a murder conviction.

Patriots spokesman Stacey James said: “We are aware of the reports but I don’t anticipate that we will be commenting today.

Hernandez played three seasons for the team before he was arrested and charged with murder in the 2013 shooting of Odin Lloyd, who was dating his fiancee’s sister. Hernandez was acquitted just days ago of the 2012 shootings of two other men in Boston.