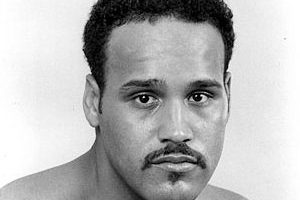 CAMDEN, N.J. (AP) — A former heavyweight boxing champ who was defeated by Larry Holmes died in a construction accident on Friday.

David Bey, 60, of Philadelphia, was struck by a piece of metal and killed while working on a mixed-use real estate development project in Camden, according to the Occupational Safety and Health Administration.

A representative from his union, Local 179 of the Northeast Regional Council of Carpenters, said Bey was a second generation pile driver who had worked 37 years in the trade.

“David was a gentleman at all times. He didn’t have a mean bone in his body. He was a devout man of God and regularly would listen to scriptures on the radio,” said Tony Bianchini, the union’s communications director.

Nicknamed “Hand Grenade,” Bey started boxing in the U.S. Army. He made his professional boxing debut in 1981 and he went on to defeat Greg Page in 1984 for the United States Boxing Association’s heavyweight championship.

He was beaten by a technical knockout after going ten rounds with Holmes for the International Boxing Federation title in 1985.

“David was inducted into the Pennsylvania Boxing Hall of Fame this year surrounded by his union brothers,” Bianchini said.

OSHA is investigating the accident.

(Copyright 2017 by The Associated Press. All Rights Reserved.)