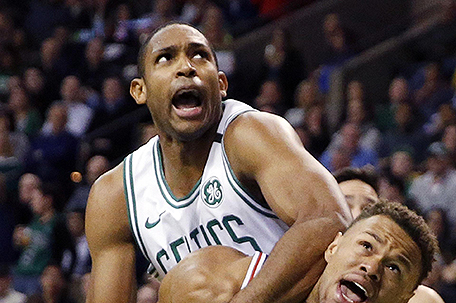 For the Philadelphia 76ers, the Free Agent signing period was either a very good thing… or a very bad thing.

The thing that Philadelphia 76ers fans feared most came to fruition when free agent Jimmy Butler opted to take his talents to the Miami Heat in what turned out to be a sign and trade deal that made guard/small forward Josh Richardson the newest Sixer.

But was it really bad to lose Butler? That’s a good question, but before you answer, consider the rest of the Sixers free agency story, which included the loss of three-point specialist J.J. Redick to the New Orleans Pelicans.

When you consider the players the Sixers brought in from free agency and the one player they did keep, they are still a major contender for the NBA title in 2020.

If Sixers fans were disappointed about Butler’s departure, they can take solace in keeping Tobias Harris, who signed a five-year, $180 million deal. While Harris struggled with consistency in the playoffs, he averaged 18 points per game in 27 regular-season games last season. Between both the Los Angeles Clippers and the Sixers, Harris averaged 20 points per game.

The Sixers are banking on Harris to get more touches and more scoring opportunities. He managed to average 15.5 points per game during the playoffs. Those numbers aren’t bad when you consider that he had to share the ball with Butler, Joel Embiid, Ben Simmons and Redick. Harris’s best game during the Sixers playoff run was in Game 3 against the Brooklyn Nets when he scored 29 points and was 6-of-6 from three-point range in the absence of an injured Embiid.

The 26-year-old Harris has proven himself to be a bonified scorer, especially from three-point range. Before coming to the Sixers, he was shooting above 40% from behind the three-point arc. He shot just 32% during his time with the Sixers. Again, that might have been a by-product of sharing the ball with the Sixers “Big Three” of Butler, Embiid and Simmons.

General manager Elton Brand and head coach Brett Brown are looking for Harris to put up better numbers next season. That was something Brown talked prior to Game 3 of the Brooklyn series.

When you have Joel and you have Jimmy and you have Ben, there are mouths to feed, so to speak,” Brown said. “Because (Harris) is inherently selfless, his mindset to sort of put his thumbprint all over a game and grab it is challenged.”

Signing former Boston Celtics center Al Horford to a four-year deal worth $109 million is going to help the 76ers in more ways than one. First, they don’t have to play against him — which is good news for Embiid who often struggled against Horford whenever the Sixers and Celtics got together.

Secondly, the Sixers are getting a tremendous interior defender and rebounder. If he’s working alongside Embiid, teams are going to have a tough time getting easy buckets in the low post. On offense, Horford is a versatile scorer and a legit threat from three-point range. Over the last four seasons, Horford has shot 37.1 percent from behind the three-point arc.

Horford will be playing alongside Embiid and will back him up at the center spot when former University of Kansas is on the bench resting at stretches during a game. The five-time All-Star has always been a team leader and could be that veteran mentor that Embiid might need to make him a better player.

Meanwhile, you have even more compelling evidence that the Sixers are looking to be a better defensive team with the addition of the 6-foot-6 Richardson.

Since coming out of the University of Tennessee back in 2015, Richardson has been one of the league’s better wing defenders, something the Sixers could have used during their most recent playoff run. He’s an improved scorer. He averaged 16.6 point per game while dishing out 4.1 assists and 3.6 rebounds per game. Richardson shot 35 percent from behind the three-point line.

What NBA scouts like about the 26-year-old Richardson is that he is a guy committed to play with maximum effort on defense which will bode well for the Sixers if they hope to make a deep run into next year’s playoffs.

How far the Sixers go will obviously depend upon team chemistry and if Ben Simmons, the team’s 6-10 point guard can add a jump shot to his repertoire.

But on paper at least, free agency didn’t hurt the team as much as it could have.

In fact, it could have been much worse. Just ask fans of the New York Knicks.