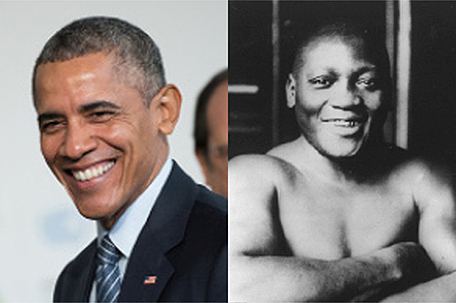 One of the most compelling and important African-American “firsts” in America’s history ended last week when Donald Trump became the 45th President of the United States.

Barack Obama left the White House and went back into private life after an often-tumultuous eight years as the leader of the free world. In his two terms as President, Obama managed to save America from a depression through his economic stimulus plan and helped 20 million people get health insurance through the Affordable Care Act.

But while the Obama Presidency had some great moments, what many will remember, and what some will attribute to the Rise of Trump, will be the opposition he faced, much of which was based in racism.

From the Trump-championed “Birther” movement and the social media memes that often accompanied it, to Congressman Joe Walsh shouting “You lie!” during the first State of the Union Address and other random acts of disrespect, Obama’s presence in the White House seemed to bring out the worst in a lot of Americans.

When Obama assumed the office, many compared his ascension to that of Jackie Robinson integrating Major League Baseball and I guess that makes sense on some level. During his first season in the league, Robinson faced all kinds of racist taunts from fans and was told not to fight back by Brooklyn Dodgers’ management.

But while the Rev. Dr. Martin Luther King Jr. referred to Robinson as “the first freedom rider,” and the comparison between he and Obama works on some level, I submit that there may be a better sports-related analogy we can apply here, and that’s the rise and reign of Jack Johnson, the first African American boxer to become world heavyweight champion.

There’s a lot of commonality to their circumstances.

At the top of the 20th century when Johnson was making his push toward history, it was thought impossible for a Black man to attain boxing’s most prestigious prize. At a time when the concepts of Social Darwinism and Manifest Destiny relegated people of color as inferior in the early 1900s, the heavyweight championship was seen as the private domain of white men.

When he defeated Tommy Burns to become the first Black man to win the heavyweight belt, Johnson turned that notion on it’s head and with it the prevailing notion of White supremacy.

The whites who ran boxing at the time were so invested in not recognizing Johnson as the heavyweight champion that they initiated a search for a “Great White Hope” that they hoped would defeat him. Even as Johnson continued to mow down these “Great White Hopes”, the news media that referred to him as “the playful Ethiopian” while portraying him as an “ape” or an African tribesman with exaggerated features joined fans in refusing to recognize Johnson as champion.

When Jim Jeffries, the man that White fans and the mainstream media did recognize as heavyweight champion, got into the ring with Johnson on July 10th, 1910, it was seen as not only the “Battle of the Century”, but as the fight designed to Make Boxing Great Again.

When Johnson’s win led to race riots, American newspapers reinforced White anger at the outcome including an editorial in the Los Angeles Times that warned African-Americans to be aware of their place in society:

“You are just the same member of society today you were last week. … You are on no higher plane, deserve no new consideration, and will get none … No man will think a bit higher of you because your complexion is the same as that of the victor at Reno.”

Johnson didn’t get that message. His self-confidence allowed him to flaunt his relationships with White women at a time when doing so would get you killed.

An aging Johnson finally lost his title to Jess Willard under a sweltering sun in Havana, Cuba in 1915 when he was knocked out in the 26th round.  Of course, the New York Times proclaimed Willard’s victory as restoring “pugilistic supremacy to the white race.”  It would be another 22 years before an African-American would fight for the heavyweight title.

Like Johnson 100 years earlier, Barack Obama broke through a barrier that no one thought a Black man ever would. When Obama began his trek to the White House, few African-Americans gave him a chance, thinking he would go the way of Shirley Chisholm, Jesse Jackson and Al Sharpton. But Obama not only won the Democratic nomination, he easily won the presidency over Republican Sen. John McCain.

Conservatives in Congress got together the night Obama was inaugurated and promised to do all they could to block anything the new president proposed. In a meeting of top GOP luminaries on the night of Obama’s inauguration, they came up with a plan to fight the new president on everything.

The Republicans did it to the point that it exceeded the bounds of decorum at times.

While Obama was a family man who was devoted to his wife and family, he and First Lady Michelle Obama were often the recipients of the most racist vitriol on social media. Conservative media outlets like Fox News often slammed Michelle Obama for daring to point out racism in American society, as she did in a 2015 speech at Tuskegee University.

When Obama was re-elected in 2012, Fox News’ Bill O’Reilly loudly proclaimed that “traditional America” was over and the White people were a minority because of America’s changing demographics. Of course, traditional America translates into a White America where racial minorities, especially African-Americans, were invisible and knew their place.

It was that energy that the Trump campaign managed to tap into through portraying Mexicans as rapists, Muslims as terrorists and African-Americans as a threat to law and order because of groups like Black Lives Matter.

In 2017, African-Americans, even with all the victories of the Civil Rights Movement, see themselves in the same perilous situation as they were in the early 20th century.

Or as legendary singer, Shirley Bassey sang, “To me, it’s quite clear that this all just a little bit of history repeating.”

Something worth fighting for: Hammering Hank Lundy fights for family and respect