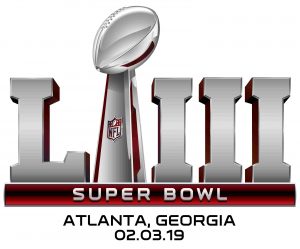 In order for the Los Angeles Rams to win Super Bowl LIII, Rams running back Todd Gurley needs to be the Big Man.

Even as the Los Angeles Rams were caught up in the euphoria of winning the NFC Championship in overtime, running back Todd Gurley was not having a good day.

For most of the game, Gurley was on the sidelines rather than on the field. He touched the ball just five times for a mere 13 yards. This was the same guy that bullied his way through the Dallas Cowboys for 115 yards on 16 carries including a 35-yard run for a touchdown. The former University of Georgia star is also the same dude who gained 1,251 yards and scored 17 touchdowns.

The Rams are going to need the perennial All-Pro version of Gurley in Super Bowl LIII against the New England Patriots this Sunday at Mercedes-Benz Stadium in Atlanta.  By the way, they’re going to need a little something from Gurley’s understudy C.J. Anderson as well.

“O-line is playing real well. Me and are Todd picking the right spots,” Anderson said. “I think our ability speaks for itself, especially our vision and what we do after initial contact and after we get to the second level.”

Head coach Sean McVay said that he’s going to do more to get Gurley involved into the flow of game against the Patriots.

“Specifically, I think when you talk about [the NFC Championship game] it was a result of the play selection. I’ve got to do a much better job for Todd to get him opportunities to get going,” McVay said. “Love the way that he responded though and fully expect him to be the Todd Gurley we all know. He’s going to be a big part of this game.”

The way Tom Brady moves the Patriots offense, the Rams best defense may be their running game hanging on to the football and keeping the New England offense the field. With all due respect to the Rams superb defense led by defensive end Aaron Donald, they are going to need the help of the offense.

When asked about how important his role is going to be against the Patriots, Gurley said he expects to contribute in any way whether its through his running, receiving or even blocking for quarterback Jarod Goff.

“Whatever coach dials up in the playbook, I’m going to go with it,” Gurley said. “Whatever the game plan is, we’re going to ride it from there.”

The change up to Gurley in the Rams’ offense is Anderson.  The veteran running back is a bruising running back who does not shy away from contact.  In the divisional playoff against Dallas, Anderson tore the guts out of the Cowboys by rolling up 123 yards and two touchdowns. As a team, the Rams rushed for 273 yards.  That enabled the Rams to outplay the Cowboys in terms of time of possession.

“He’s a really smart cerebral player, has a great understanding of the big perspective, especially from the running back,” McVay said.

Anderson, who has been released by three teams in his career, said he and Gurley compliment each other well.

“Me and Todd communicate well,” Anderson said. “Our game complement each other well.  … It feels to have that from a superstar for what he has done in a short time.”

Super Bowl LII will be broadcast on CBS-3 on Sunday night. Kickoff is at 6:30pm Eastern.