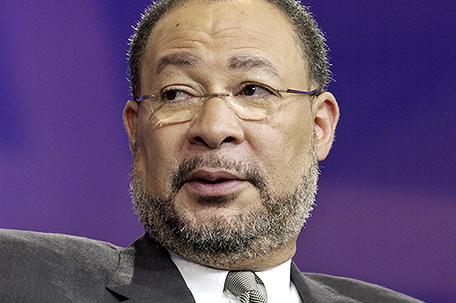 The NBA has just confirmed reports of former Citicorp chair and Time Warner head Richard Parsons being tapped as the new CEO of the Los Angeles Clippers. The formal announcement was expected at last Thursday’s game against Oklahoma City.

The NBA’s website says the exec will oversee the team’s business operations while the league continues the process of removing current owner Donald Sterling in the wake of his racist remarks that went public a week ago.

Parsons was Chairman and CEO of Time Warner for nearly six years before stepping down at the end of 2007. He also headed Citigroup as chairman from 2009-12. He currently sits on the board of directors of the Commission on Presidential Debates and with his wife owns a pair of jazz-themed restaurants in NYC.

Andy Roeser, a 30-year Clippers employee, stepped down as the NBA team’s president this week amid the Sterling scandal.

An NBA committee met this week and, according to NBA.com, is expected to recommend removing Sterling within the next few weeks, followed by a vote of the NBA’s Board of Governors expected soon after. Twenty-three of the league’s 30 owners must approve the removal of the league’s longest-tenured owner.

With Andre Iguodala all over him, Clippers guard Chris Paul hits the game-winning basket to beat Philly