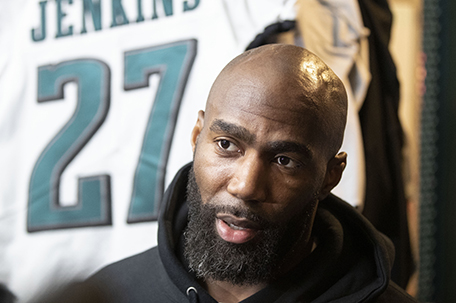 The Eagles released safety standout Malcolm Jenkins, who led their secondary for the last six years and helped them win the 2017 NFL title. Jenkins, 32, had one year left on his contract at $7.6 million. He will cost the team $6 million under the cap, but the Eagles also save nearly $5 million by cutting Jenkins.

“Malcolm Jenkins has been an outstanding player for us and and we are proud of everything he accomplished both on and off the field during his time in Philadelphia,” the team said in a statement. “Malcolm was a great teammate and leader, as well as one of the toughest and most reliable players to ever play in our city.”