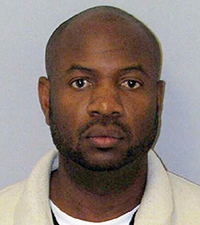 This photo provided by the New Jersey State Police shows Kevin Roper. Roper, a Wal-Mart truck driver from Georgia, was charged with death by auto and four counts of assault by auto in the wake of a deadly chain-reaction crash on the New Jersey Turnpike early Saturday, June 7, 2014, that left actor-comedian Tracy Morgan and two others critically injured and another man dead. (AP Photo/New Jersey State Police)