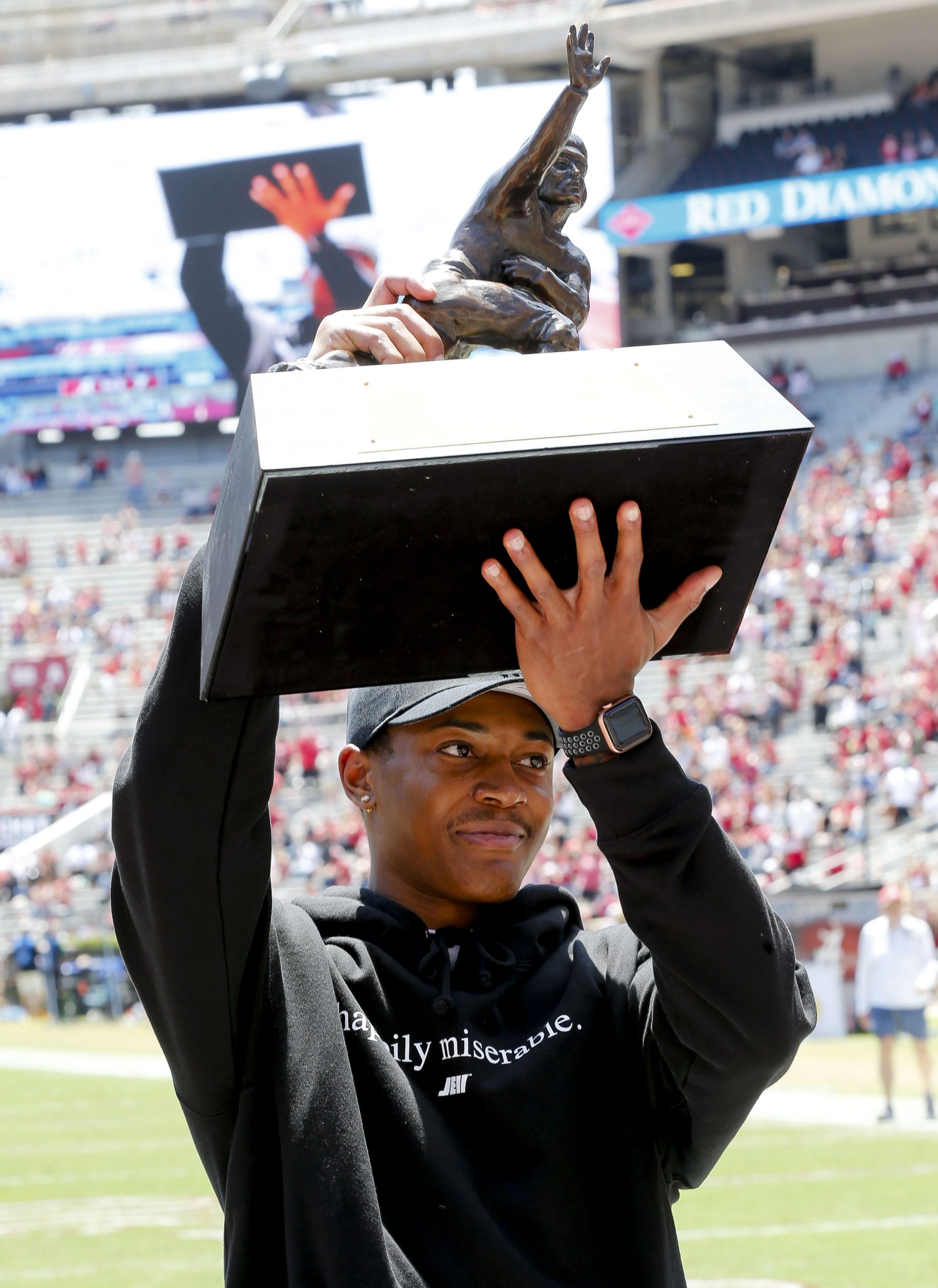 When the Philadelphia Eagles drafted former University of Alabama wide receiver and 2020 Heisman Trophy winner Devonta Smith, there had to be a collective sigh of relief from frustrated Birds fans who have had to bear witness to the team’s often questionable picks at that position.

Over the last two years, the Eagles have drafted Stanford’s J.J. Arcega-Whiteside, leaving University of Mississippi receiver D.K. Metcalf for the Seattle Seahawks to pick up in 2019 and Texas Christian’s Jalen Reagor in the first round of the 2020 draft when former LSU star Justin Jefferson, who became a star with the Minnesota Vikings.

In drafting Smith, Eagles general manager Howie Roseman finally made a first-round draft pick that actually makes sense. In fact, it made so much sense that Roseman traded places with the Dallas Cowboys to move up to the 10th spot. On the surface, Smith’s smallish frame — 6-foot-1, 175-pounds — has more than a few NFL observers wondering if he has the durability to handle the physical play of the NFL.

Or put another way, they’re asking if he can handle physical press coverage coming off the line of scrimmage against some of the league’s bump and run cornerbacks?

Given the fact that he faced a lot of press coverage against NFL-caliber cornerbacks in practice during his days at Alabama as well as in the Southeastern Conference, Smith proved himself to be arguably the best route-runner in college football.  The football analytics website, Pro Football Focus.com ranked Smith in the top five against press coverage in 2019 and 2020.

“I faced it every day in practice,” Smith said during a press conference with local media following his selection. “I faced it every weekend in game[s] …I’m not getting drafted here just because I didn’t do that. I feel like I’m going to be successful and to keep perfecting my craft, keep being me and everything is going to work out.”

During his final season at Alabama, Smith caught 117 passes for 1,856 yards and 23 touchdowns while leading the Crimson Tide to the National Championship. In the National Championship game against Ohio State, Smith caught 12 passes for 215 yards and three touchdowns. He was the first wide receiver since Desmond Howard to win the Heisman Trophy and was the first wide receiver to be the Associated Press’s College Player of the Year.

Eagles head coach Nick Sirianni said Smith, who runs a 4.4 in the 40-yard dash, is a good route-runner who can play both outside receiver positions or excel as a slot receiver.

“What I saw in Devonta is a guy who can consistently win one-on-one versus some of those top corners in the SEC,” Sirianni said. “And when you have a guy like that in your offense that can do that, it makes everybody else around him better. … No matter where the ball is, it seems like he has a knack to get it even though bodies are all round him.”

Sirianni said he plans on moving Smith around on the offense in order to find best matchups against the defense.

Of course, all these things for Smith’s ultimate success are contingent upon the ability for quarterback Jalen Hurts to get him and the other Birds receivers involved in the offense. If there’s anyone that has any confidence in Hurts to get him the ball, it’s Smith. The two were teammates at Alabama.

The good thing about picking Smith in the first round is that it’s an important first step in putting Hurts in a position to be successful.

To see what else the Eagles do to fill out their 2021-2022 squad, catch rounds two and three of the NFL Draft tonight starting at 7p.m. on 6ABC, the NFL Network, ESPN and ESPN Deportes.