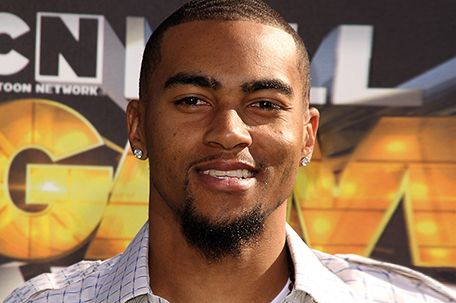 Watching the battle between the Philadelphia Eagles and disgruntled wide receiver DeSean Jackson has me shaking my head in incredulous disbelief.

(Cue soap opera music) In the latest episode of the reality series, “Love and D-Jax,” it was reported that Jackson spoke with Eagles’ head coach Chip Kelly and was told to not worry about anything and to come back to ready to work in April’s minicamps.

As you know by now, published reports had the Eagles ready to give Jackson his release from the team if they couldn’t get anything for him in a trade. Jackson was as good as gone.

According to a story on Philly.com, a Las Vegas casino has even put odds on Jackson’s fate with the Eagles.  The current odds are even money that Jackson stays, 6-4 that he’s traded and 7-2 that he gets released.  Ladies and Gentlemen, dig deep in your pockets and place your bets.

The questions that keep boggling my mind as this whole thing unfolds are Has anyone in the Eagles organization really thought this thing through? and If you send Jackson on his merry way who you gonna get to replace him?

After he had a career year in which caught 82 passes for 1,332 yards and nine touchdowns, what did Jackson do to offend Eagles management to the point that they are thinking about getting rid of him for the equivalent of magic beans?

Let’s face it, Jackson’s ability to stretch the field kept teams from employing eight guys in the box to defend running back LeSean McCoy and he also opened things up for wide outs like Riley Cooper, Jason Avant and tight ends like Zach Ertz to probe the middle of the field.

With the recent acquisition of versatile running back Darren Sproles, you would think that Jackson’s presence would make the Eagles offense even scarier to opposing defenses than it was last season.

Jackson, who is slated to receive $10.5 million this year, has been rumbling about wanting to renegotiate his contract, saying that he deserves it. From what I understand, Kelly is not happy with Jackson and feels he’s a detriment to team chemistry, especially since he said he wanted to re-do his contract a couple of days after the team lost to the Saints.

It didn’t help that Jackson got into an argument with receivers coach Bob Bicknell during the Eagles road loss to the Vikings.

It remains to be seen, especially in light of this recent public display of affection, if the Eagles management will still go ahead and send Jackson packing either by trade or release. Everybody in this business is always looking for the bigger and better deal.

But if they’re going to do that, you need somebody to take his place. I don’t believe that Cooper or Jeremy Maclin, who is coming off the second ACL injury of his career, is able to impact opposing defenses the way Jackson has for the last few years.

I would like to think that the Eagles would trade up in the draft to pick up a Sammy Watkins (Clemson) or a Mike Evans (Texas A&M), USC’s Marquise Lee, or Oregon State’s Brandin Cooks. You would think they would find someone who can make an immediate impact on the offense.

Letting Jackson go and not having an equivalent replacement is just downright foolish on the Eagles’ part. You know what you have in Jackson and he did fit the offense from a football standpoint even if you’re not a fan of his diva-like petulance.

While Jackson did produce during the regular season, he got shut down by Saints cornerback Keenan Lewis in the playoffs. He caught three passes for 51 yards after Lewis left the game with an injury.

Two days after his team’s tough playoff loss to the Saints, Jackson was telling reporters that he deserved to be making more money did not help things for him.

If re-negotiating his contract was Jackson’s goal, complaining about his current deal in the media was not a good move from a strategic standpoint on his part.  You definitely don’t do that after a playoff loss in which you didn’t play that well.

With the team acquiring a weapon like Sproles, there might be even more opportunities to produce even bigger numbers to make an even stronger case for the Eagles to give him a new deal.

You should always let your performance on the field speak for itself. That’s always the best bargaining tool rather than sniping about it in the media.

While I think Jackson wanting to restructure his deal is ill-timed, the Eagles apparent willingness to give him away for virtually nothing is equally disturbing. With the NFL Draft coming up, there might be a deal you could cut for Jackson so that you can get a receiver that’s ready to make an impact immediately.

If the Eagles let Jackson walk for nothing or they player they do get turns out to be a player of lesser talent than what they let go, Kelly and general manager Howie Roseman will have a lot of explaining to do to the fan base if the wide receiver position becomes a liability.