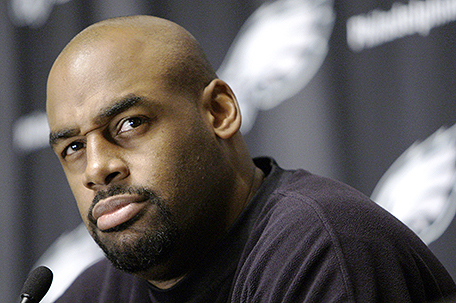 ESPN reportedly fired Donovan McNabb and Eric Davis on Friday after they were accused of sexual harassment in a lawsuit filed by former NFL Network employee Jami Cantor last month.

According to Sports Business Daily‘s John Ourand, McNabb and Davis were let go “following a monthlong investigation” into their conduct while they were employees at NFL Network.

In her complaint, Cantor alleged McNabb “sent her sexually inappropriate text messages,” according to the New York Times‘ Kevin Draper.

Davis, who spent 13 seasons in the NFL as a defensive back, was accused of groping Cantor and making suggestive comments toward her.

Both McNabb and Davis were suspended from their respective shows on ESPN Radio after the lawsuit was made public.

McNabb, the most decorated quarterback in Philadelphia Eagles history, previously left his post with Fox Sports in 2015 after he pleaded guilty to driving under the influence and was sentenced to 18 days in jail.