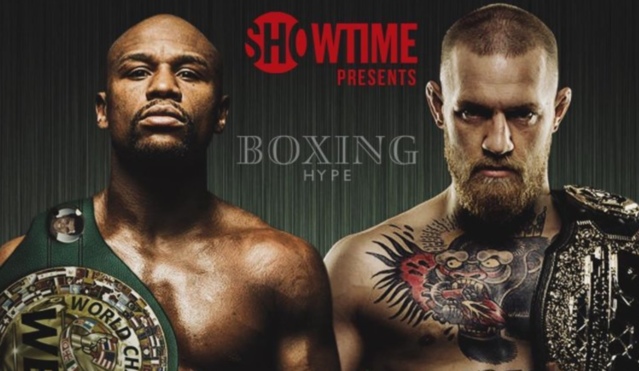 The Floyd Mayweather Jr.-Conor McGregor fight at T-Mobile Arena on Saturday should start around 8:55 p.m.

The start time of the Mayweather-McGregor fight will depend on how long the next two world-title bouts last.

The start time of the fight between unbeaten Mayweather (49-0) and UFC champion McGregor is more likely to be decided by Gervonta Davis’ lightweight title defense against Francisco Fonseca.

The national anthem will be sung by Demi Lovato, and each of the main-event fighters will have separate ring walks. Mayweather, who’s been accompanied by Justin Bieber in the past, told Jimmy Kimmel he’s unsure whether the singer, who recently ended his tour prematurely, will make the trip this time.

Time for Mayweather to fight Pacquiao

Mayweather vs. Pacquiao: The rumble we’ve all been waiting for… finally!