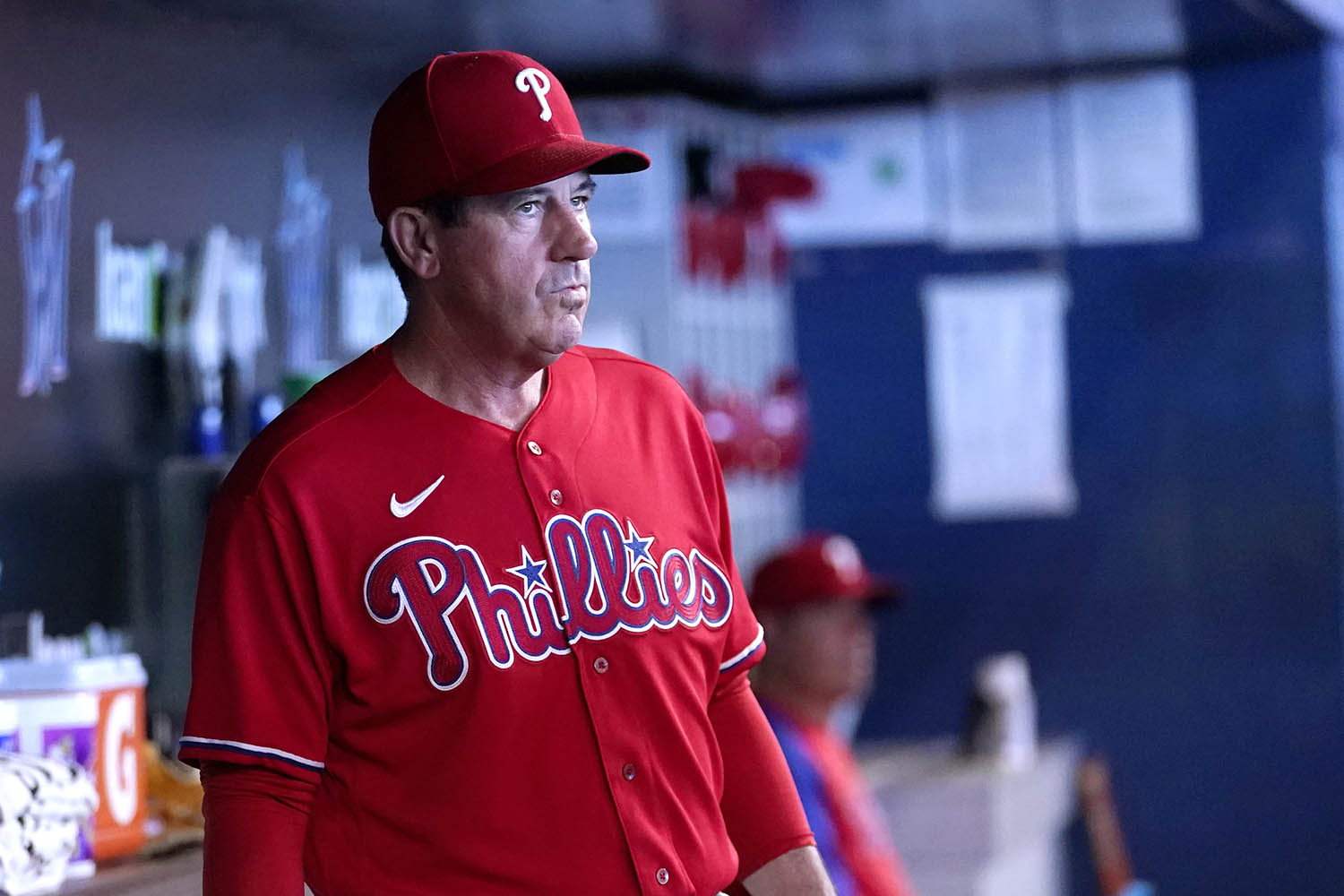 As the All-Star Break comes to an end, The Philadelphia Phillies find themselves in a position to play baseball past September.

Despite injuries to designated hitter Bryce Harper and second baseman Jean Segura, Philadelphia Phillies fans have every reason to feel optimistic about their chances to secure a National League Playoff spot.

For one thing, the Phillies (49-43) are not only tied with the St. Louis Cardinals for the final Wildcard spot, but they also hold the tiebreaker over the Cardinals by virtue of winning the season series. But despite a 15-2 loss to the Chicago Cubs at Citizens Bank Park on Friday night, the Phillies come the second half of the 2022 season in good shape despite a shaky start to the season.

When former Phillies manager Joe Girardi was fired on June 1, the Phils were 21-29 and appeared to be going nowhere fast. But when interim manager Rob Thomson took over the reins as the skipper team’s skipper, the Phils’ fortunes took a dramatic turn for the better. The Phillies are 27-15 since Thomson’s debut and have won nine out of their last 13 series. Most of those games have been won without Harper, last year’s National League Most Valuable Player.

With 70 games left in the season, there are several things that bode well for the Phillies.

Perhaps the biggest edge the Phillies will have in their run for their first trip to the playoffs since 2011 is both their starting rotation and their bullpen. The Phillies arguably have two of the National League’s best starters in Zach Wheeler (8-5, 2.89 earned run average) and Aaron Nola (6-7, 3.13 ERA). Wheeler comes into the post-All-Star break having thrown shutouts in the of his last three games. Meanwhile, Nola is come off a 4-0 shutout of the Marlins where he had 10 strikeouts in 8 1/3 innings last Sunday after losing his last two starts.

Third starter Kyle Gibson (5-3, 4.35) had allowed just two runs in his last two starts prior to Friday night’s loss.  But the Phillies are missing Zach Eflin, who is on the disabled list because of a bruised right knee. The team recently said there is no timetable for his return, meaning that the team will most likely have to trade for another starter at the July 31st trade deadline.  The Phillies still have right-hander Ranger Suarez and a few spot starters from the bullpen they can utilize as a stop gap.

The biggest question coming down the stretch will be whether the Phillies’ improved bullpen can be as good in the second half of the season as it was during the first half of the season.  Since Girardi’s firing on June 1, the Phillies bullpen has a 2.99 earned run average. This has led to them doing the one thing they seemed to have problems with: holding leads. The hottest pitchers from the bullpen have been Jose Alvarado who hasn’t allowed a run in over a month and Seranthony Dominguez.

While Rhys Hoskins and Kyle Schwarber have done a good job of carrying the offense in the absence of Harper and Segura, they are going to need Nick Castellanos, who is batting .251 with eight homeruns, to catch fire in the second half. But there are reports that the Phillies are going to get Harper and possibly Segura back in August. With the trade deadline looming, the Phillies could pick up a consistent extra bat to generate offense.

For a flawed Phillies team that hasn’t participated in postseason baseball since 2011, this season might be its best opportunity yet.

But first, they have to get back on the winning track against the Chicago Cubs. They’ll attempt to do that tonight at 6:05 p.m. when they take the field against the Cubs at Citizens Bank Park. You can catch the game on NBC Sports Philadelphia.