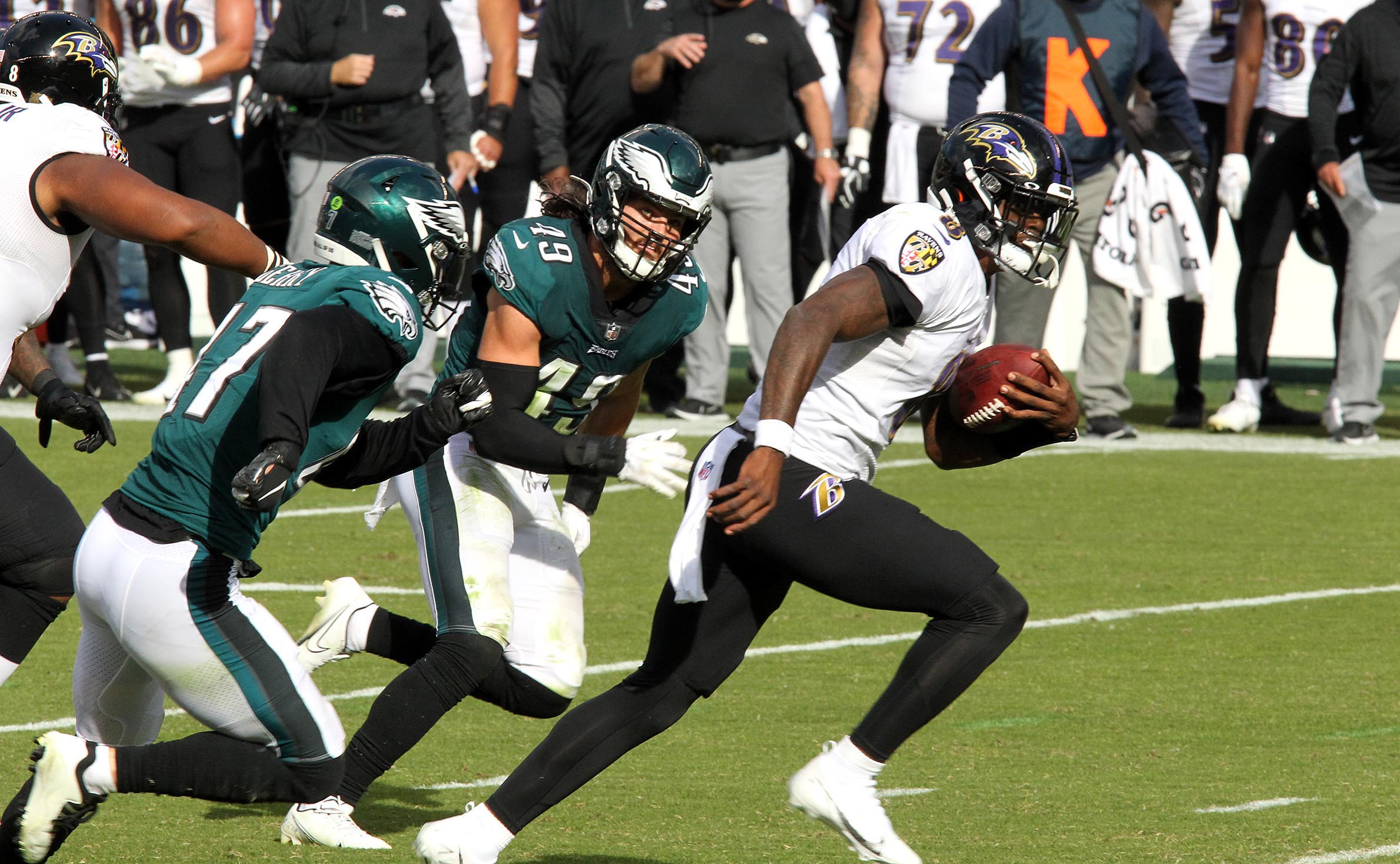 Until the Philadelphia Eagles put together a complete game, their season is headed for nothing but frustration.

There seems to be an unmistakable commonality in the Philadelphia Eagles losses this season, and that commonality is the team’s inability to play a consistent four quarters on either side of the ball.

In all four of their losses this season, there have been times when the offense has played well, but the defense hasn’t and vice-versa. In the loss to the Washington Football team, they started off great, but they couldn’t close the deal thanks to turnovers by the offense and the defense not keeping Washington from taking advantage of those mistakes.

You can look back and say the same things in the loss to the L.A. Rams, the Pittsburgh Steelers and even in the tie with the Cincinnati Bengals. The Eagles go through extremes of playing poorly and playing well. Both the offense and the defense have experienced these ups and down and the usual refrain from the players and coaches is that they are just a few plays away from putting it all together.

The 30-28 loss to the Baltimore Ravens Sunday at Lincoln Financial Field was the latest example of a combination of the Eagles lack of consistency and too many game-killing mistakes that spoiled what could have been a tremendous comeback. That they fell into a 17-0 hole of their own making has been the thing that has defined the 2020 season.

The Eagles got off to a horrific start in the first half, got hot enough to come within two points of the Ravens with under two minutes left, but missed a game-tying two-point conversion on a questionable quarterback keeper by Wentz late in the fourth quarter.

The common denominator in the Birds losses has been themselves and their inability to play mistake-free football for four quarters. That’s why the Eagles are 1-4-1.

“We dropped a big third down, turnover. We dropped a touchdown. We missed a field goal. It’s self-inflicted wounds,” said head coach Doug Pederson. “It’s things I’ve been talking to our team all week about, right? And when you’re playing good football teams, like the Ravens are, you can’t make those mistakes.”

You can easily applaud the gallant second-half comeback by the Eagles, who outplayed Baltimore in the second half after being held to just 94 yards of total offense in the first half.

After passing for just 54 yards in the second half, Wentz passed for 159 yards and two touchdowns and had 49 yards rushing despite being sacked six times.

In the first half, the Eagles didn’t get any sustained drives going until late when rookie backup quarterback Jalen Hurts broke a 20-yard run to get the Eagles their first first down of the game with under five minutes left in the second quarter.

Trailing 17-0, the Eagles drove the ball to the Ravens 21-yard line, but they couldn’t get out of the way of themselves. On second and two, Wentz found a wide-open Sanders in the end zone, but he dropped a catchable pass that wound up making a difference in the game’s final outcome.

And then on fourth and one at the 20, the Eagles went for it, but Ravens defensive tackles Calais Campbell and Matthew Judon kept Wentz from getting a first down. Considering how they were struggling on offense, kicking a field goal might have been the wiser thing to do. They needed a boost of some sort and as it turned out, not getting those points would hurt their chance in the end.

In the closing seconds of the first half, the Eagles got another chance to put points on the board after a roughing the passer penalty against the Ravens put the Birds at the Baltimore 34. But kicker Jake Elliott missed what normally for him is a makeable 52-yard field goal.

Yes, you can applaud Wentz (21-of-40 for 213 yards and two touchdowns with one interception) for another gutsy performance in a losing cause. You can admire the Eagles for their effort in the face of constant injuries. Tight end Zach Ertz (ankle) and running back Miles Sanders (knee) left Sunday’s games with injuries.

But you can’t win on a consistent basis when you keep having to dig yourself out of a deep hole to win games. Just ask the Dallas Cowboys (2-4).
Injuries are no doubt a factor for the Eagles, but the games that they’ve lost were winnable and the Birds have arguably done a better job than their opposition at the beating themselves.

“There are enough things in this game, too, to point at from decisions I made to execution on the field. We didn’t get the job done,” Pederson said.
The Eagles will try to right the ship on Thursday night when they take on the equally hapless New York Giants (I-3) at Lincoln Financial Field.

So Close…And Yet So Far…