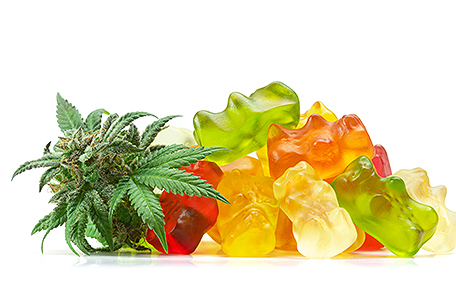 Now that America’s schizophrenic policies regarding cannabis will probably cost the country a Gold Medal in track and field, can we now have a serious talk about them?

Back when I was still in college, I saw a movie called “Reefer Madness” on MTV.

The movie, which was made in 1936, was supposed to be a cautionary tale about the evils of cannabis and how it could ruin your life. The weed of “Reefer Madness” made people dance too fast, made them unable to concentrate and, and this was my personal favorite, made them commit random acts of promiscuity and fighting.

And  this  was  at  a  time  when  your bottle of Coca Cola literally had cocaine in it.

I hadn’t really thought much about “Reefer Madness” until ShaCarri Richardson, winner of the Women’s 100 meters at this year’s Olympic Trials, got kicked off of the U.S. Olympics Track and Field Team for testing positive for THC, the active ingredient in cannabis.

Since her 30-day suspension was announced on June 19, USA Track and Field, the organization that oversees the trials, has been getting inundated with letters from just about everyone asking them to reverse the decision. Instead, the organization announced that on Tuesday Richardson wouldn’t be added to the team for the 4X100 meter relay, effectively kicking her off of the Olympic team.

The organization said it didn’t have any choice.

“While USATF fully agrees that the merit of the World Anti-Doping Agency rules related to THC should be reevaluated, it would be detrimental to the integrity of the U.S. Olympic Team Trials for Track & Field if USATF amended its policies following competition, only weeks before the Olympic Games,” USATF said in a statement. “All USATF athletes are equally aware of and must adhere to the current anti-doping code, and our credibility as the National Governing Body would be lost if rules were only enforced under certain circumstances. So, while our heartfelt understanding lies with Sha’Carri, we must also maintain fairness for all of the athletes who attempted to realize their dreams by securing a place on the U.S. Olympic Track & Field Team.”

I guess that makes sense. You do have to be fair to everyone.

But I can’t help but think that you could get the World Anti-Doping Agency to listen to an argument to take THC off of the banned substances list if, well, America had it’s act together when it comes to weed.

I say this because America’s attitude toward marijuana is, at best, schizophrenic.

Part of this is because when it comes to cannabis on the Federal level, lawmakers are still taking their cues from “Reefer Madness”. In their world, marijuana is a Schedule I drug, meaning that it’s right up there with cocaine and crystal meth in terms of it’s perception of dangerousness.

But here’s where the problem comes in. In 19 states — including Pennsylvania, New Jersey and Delaware — Puerto Rico and the U.S. Virgin Islands, you can eat and edible or smoke a blunt to deal with your cancer pain if you want to.

And in 17 states, the District of Columbia, Guam and the Northern Marianas islands, you can spark up a doobie whenever you feel like it, wherever you feel like it. Heck, Colorado has been able to pay for schools, keep taxes down and do a whole lot of other things thanks to proceeds from legalized cannabis.

Even in Philadelphia, small amounts of weed don’t get you locked up anymore.

But because we can’t seem to agree on how we as a country feel about cannabis, it leads to confusion. We can’t ask the World Anti-Doping Agency to change it’s mind about marijuana until America — and by extension, the rest of the world — figure out how it feels about it.

Thanks to that lack of clarity, America’s best hope for a Gold Medal in the ladies 100m dash in Tokyo is instead training cooling her feels and preparing for the Prefontaine Games.

Or at the very least, it might make us ask ourselves why we base our drug control policy on perhaps the most Most Comically Bad Movie ever produced.