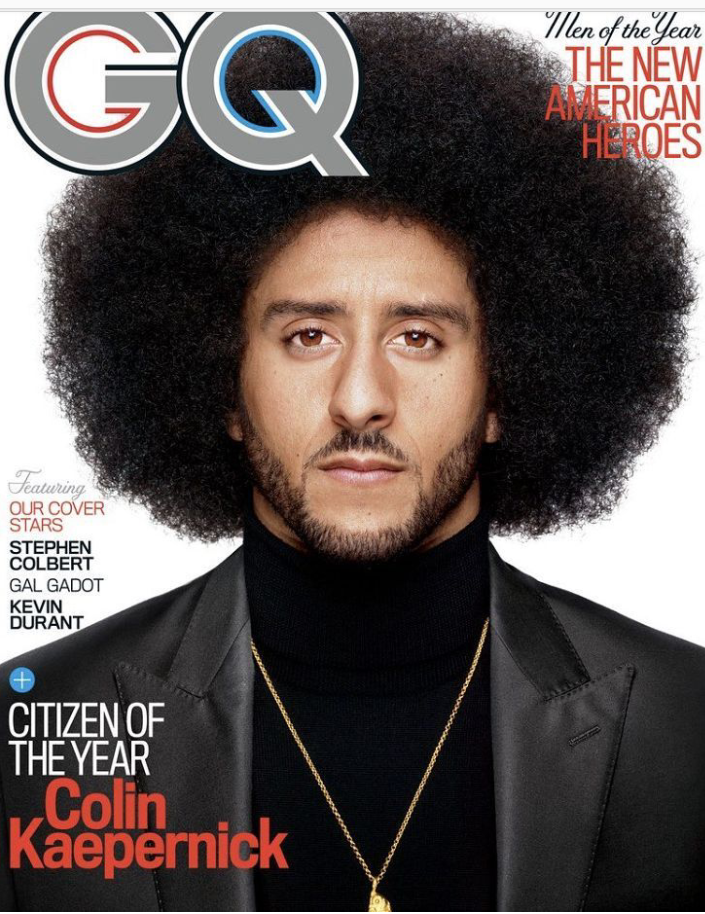 NEW YORK (AP) — Free agent quarterback Colin Kaepernick has been named GQ’s magazine’s “Citizen of the Year” for his activism.

Kaepernick began kneeling instead of stand during the national anthem last season to protest racial inequality and police brutality. The demonstration sparked an ongoing wave of NFL protests by players during the anthem that have been repeatedly denounced by President Donald Trump. Kaepernick parted ways with the 49ers in March and hasn’t been signed by another team.

Kaepernick says on Twitter he’s “honored” by the recognition.

The magazine includes comments from several of Kaepernick’s supporters and confidants. Rapper J. Cole says Kaepernick “sacrificed his dream” to stand for something. Ninety-year-old singer and activist Harry Belafonte says seeing people like Kaepernick taking action is “the greatest reward” he could ask for.