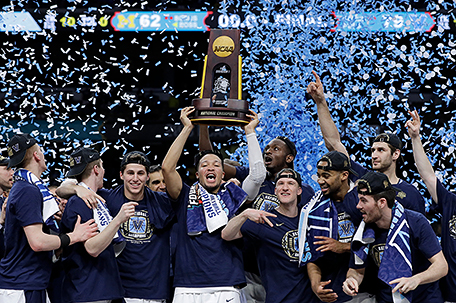 In a city that really cares about sports, the early months of 2018 have been great for Philadelphians.

What a great time to be a sports fan in Philadelphia!

In the first three months of 2018, Philly’s often cynical sports fan base has had plenty of reasons to smile and walk with a little extra pep in their collective steps.

Monday night in San Antonio, the Villanova Wildcats became the latest area sports team to come away with a championship when they blew out the University of Michigan Wolverines 79-62 to win the NCAA Men’s Basketball championship. For the Wildcats who play their home games at the Wells Fargo Center in South Philadelphia, it was their second national championship in the last three years.

As the No. 1 seed in the East, Villanova ran through its opponents and won all six of its NCAA tournament games by double figures. That’s arguably one of the best performances by a team in the history of the tournament.

Throughout the year, the Wildcats, who finished the season 36-4, were one of the most dominant teams in college basketball and spent several weeks as the No. 1 ranked team in the nation. Back home in the Big Five, the Wildcats went unbeaten, defeating Temple, St. Joseph’s, LaSalle, and the University of Pennsylvania.

Villanova put their opponents away with its ability to consistently shoot the basketball. The Wildcats had six players who averaged in double-figures scoring. Throughout the Wildcats’ run to the title, a different player stepped up and contributed to the Wildcats’ cause.

But while the Wildcats were the most recent beneficiaries of the city’s love of parades, it was the Eagles that got the ball rolling when the team started the year with an improbable run to the Super Bowl after losing quarterback Carson Wentz to a season-ending knee injury.

Despite having the best record in the NFC, no one thought the Eagles would get out of the divisional playoff round. But with a rejuvenated Nick Foles, the Birds blitzkrieged their way through the Atlanta Falcons and the Minnesota Vikings.

Late in the team’s Super Bowl matchup with the New England Patriots, the Eagles were hanging on to a precarious five-point lead when the Patriots got the ball back. Almost everyone figured that Tom Brady was going to lead the Patriots to another game-winning drive in the Super Bowl. 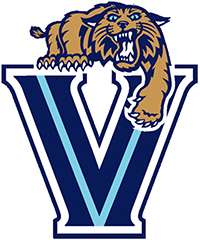 But then defensive end Brandon Graham used his left hand to strip Tom Brady of the ball and the Eagles ultimately held on to win. It was probably the greatest left hand by a Philadelphia athlete since Joe Frazier’s left hook floored Muhammad Ali in their famous fight back in 1971.

The biggest surprise this year, however, is the performance of the Philadelphia 76ers. After years of stockpiling draft picks thanks to stinking up the joint, the 2018 Sixers have managed to secure a playoff berth thanks to a run of success that includes the team’s current 13-game winning streak. This is the largest string of victories the team has had since 1990.

As of press time, the Sixers are 48-30 and are currently tied with the Cleveland Cavaliers, the defending Eastern Conference champions, for the conference’s third playoff spot. While Cleveland currently owns the tiebreaker, no one expected the Sixers to be in such a high spot in the standings.

The 76ers are on this current run thanks to the solid play of guys like Joel Embiid and Rookie of the Year candidate Ben Simmons. But even with Embiid currently out with a broken eye socket, J.J. Reddick, Ersan Ilyasova, Robert Covington have made their contributions and has gotten an additional boost with the return of Markell Fultz, the team’s No. 1 draft pick.

The 76ers will probably not make it to the NBA Finals, but like the Eagles and Villanova, they are giving the city something to cheer about.

For a city that lives and dies with its sports teams, this is a good thing.