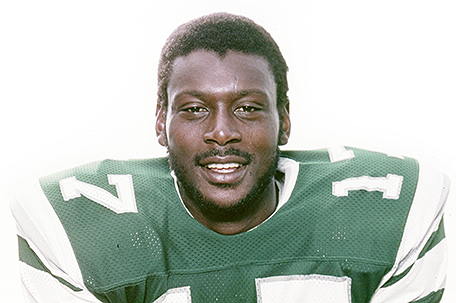 If there’s one thing that I don’t like about those who make the selections for sports Halls of Fame, it’s that you have people who are basically ignorant of players who played in eras other than their own.

To me if you’re a sports writer, you should be keenly aware of the history of the sport you’re covering.

In pro football, there are certainly plenty of guys who I think should have their busts on display on Canton, Ohio. To me, it’s a sin and a shame  that one of the game’s all-time great wide receivers, former Philadelphia Eagles receiver Harold Carmichael, isn’t in the Hall of the Fame.

Carmichael, who played his college ball at Southern University in Baton Rouge, Louisiana was recently inducted into the Black College Football Hall of Fame, a long overdue honor. He is considered among the all-time greats among HBCU players, so this honor is long overdue.

It’s time that the NFL gets its act together in this regard as well for a variety of reasons.

Seeing that the 70s are considered one of the greatest eras in the history of the game and the other guys on that team — Paul Warfield and Lynn Swann — are already in Canton despite having fewer yards and receptions than Carmichael, his inclusion should be a no brainer.

One of the major accomplishments of Carmichael’s career was his 127 game pass-catching streak. It took two Hall of Fame receivers — Seattle Seahawks great Steve Largent and Cleveland Browns great Ozzie Newsome — to break it.

Perhaps one of the reasons that Carmichael is not getting Hall-of-Fame love at this point has more to do with timing than anything else. Carmichael played in the 1970s at a time when teams weren’t as pass happy as they are today. Quarterbacks in the 1970s weren’t having 3,000 or 4,000-yard passing seasons and it was usually a hand full of receivers that went over the 1,000-yard mark. 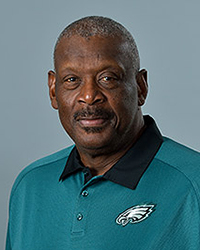 Prior to 1977, cornerbacks could bump and chuck receivers down the field so long as the ball wasn’t in the air. Bump and run coverage on receivers downfield made life difficult for wide receivers during the time that Carmichael played in the league. From 1974 to 1981, an NFL wide receiver did not lead the league in the receptions. During that time period, it was running backs and tight ends leading teams in receptions mainly because of both the zone and bum and run man to man defenses.

For his career, Carmichael caught 590 passes for 8, 985 yards and scored 79 touchdowns. It doesn’t sound like much in today’s numbers, but when you consider that he played at a time when you had guys like Pittsburgh Steelers Hall-of-Fame cornerback Mel Blount who was notorious for bumping guys downfield, this was quite an accomplishment.

Carmichael was also a two-time All-Pro and Pro Bowler. He led the league in receiving yards and catches in 1973. He went over 1,000 receiving yards three times during his career. When he retired in 1984, he ranked seventh in career touchdown catches.

In an era where 300-yard games by passers were few and far between because they were run first, when defensive backs could beat up wide receivers down field, and when quarterbacks had no alternative but to dump the ball off to running backs, Carmichael was among the best and most consistent wide receivers of his time.

There’s no doubt that Carmichael deserves to be fitted with a yellow Hall of Fame jacket.