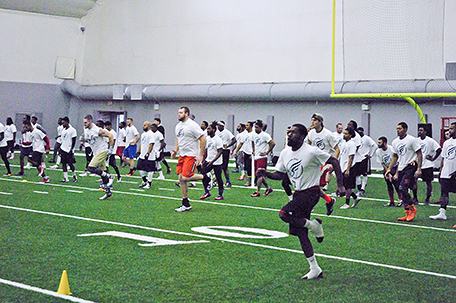 The Arena Bowl Champion Philadelphia Soul is retooling for a repeat run.

After winning the 2016 Arena Bowl title, the Philadelphia Soul wasn’t content with resting on its laurels. 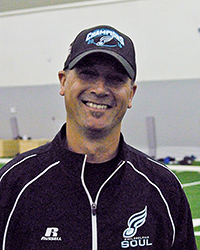 Robustelli, who played his rookie season with the Jacksonville Sharks. He caught 13 passes for 149 yards and a pair of touchdowns. The 6-3, 215-pound wide out also had 21.5 tackles. During his collegiate days at Jacksonville University, Robustelli had 660 receiving yards and scored 11 touchdowns.

Head coach Clint Dolezel said his young receiver has the ability to not only help the Soul, but also become of the best receivers in the league.

“I see a great deal of potential in Andrew,” Soul head coach Clint Dolezel said on the team’s website, philadelphiasoul.com.  “He has one year of arena football under his belt now and can develop the skills he needs to become a great receiver in this league.” 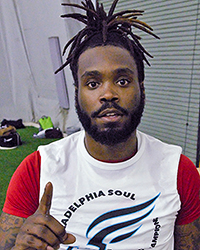 Dolezel also sees good thing from Martinez as well. Martinez, (6-2, 325), is an experienced pass protector who can do more than just block lineman downfield, the coach said.

“John’s versatility and experience will add depth to our consistently strong offensive line,” Dolezel said.  “I am confident that with his addition, we can provide the protection for our quarterback to execute properly.”

Martinez is in his third year in the AFL. He spent his rookie year with the Portland Thunder and last season with the Orlando Predators last season. In addition to keeping opposing pass rushers off the quarterback, Martinez has shown that he can also catch and run with the football. 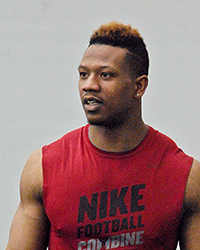 In his first two seasons in the league, Martinez has caught nine passes for 78 yards and three touchdowns.  He also has 66 carries for 101 yards and 17 touchdowns. With his 300-pound plus frame, Martinez can bust through opposing defenses at the goal line.

Wide receiver Ryan McDaniel returns for his fifth season with the Soul.  In four years with the Soul,  McDaniel has caught 345 passes for 4.159 and 88 touchdowns.   The Soul also added fullback and former Florida A&M star Mykel Benson.  In 2016, Benson was a First Team All-Arena League fullback for the Arizona Rattlers.  In two season, he has compiled 507 yards on 171 carries with 37 touchdowns.

The Soul starts defending it’s Arena Bowl championship on April 15 on the road against the Tampa Bay Storm.