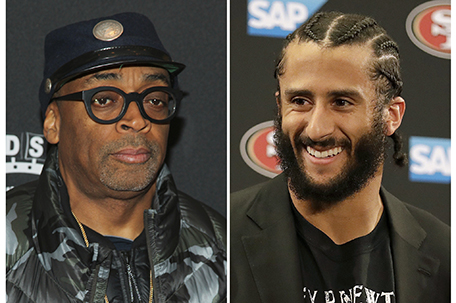 If nothing else, the verdict in the Philando Castile case should show the National Football League that Colin Kaepernick had a point.

Like many of you, I was shocked and horrified by what I saw. Castile, by every measure, complied with the officer’s instructions and even lawfully informed him that he had a gun.

And yet, former St. Anthony Police Officer Jeronimo Yanez still shot Castile to death because let’s face it — if you have the wrong skin color, running a stop sign can be an offense worthy of capital punishment by a law enforcement officer more than willing to serve as judge, jury and the guy wearing the black hood.

Which is exactly why former San Francisco 49ers quarterback Colin Kaepernick spent much of last season taking a knee.

In the  same week that the Criminal Justice system proved him right with the acquittal of Yanez, NFL Commissioner Roger Goodell issued a statement saying that Colin Kaepernick is not being “blackballed” for his national anthem protests during the 2016 season.

Goodell is the commissioner of a league where 70 percent of the players are Black. Despite their status as professional athletes, they face the same possibility of “Death By Police Officer,” that Castile faced. Black men, according to the “Washington Post”, are almost three times more likely to be shot and killed by police officers. Unarmed Black men are seven times more likely than Whites to die in police gunfire, according to the Post.

You would think that at the very least, Goodell and the league owners would have some type of sensitivity, empathy, or come to some understanding of a problem that affects the majority of their players.

Instead, the NFL, like the juries and prosecutors that allow cops who kill unarmed Black people to go free, has chosen to turn a blind eye to this injustice against African-Americans.

That’s because calling  Kaepernick unpatriotic and  using him as a cautionary tale for other Black players is easier for the owners to do than it is to listen to these athletes when they  speak about the racism that affects the Black community.

And as Castile found out by being  shot to death, and  Kaepernick is finding out through being blackballed because he refused to just shut up and play, the Constitution is First Amendment never really applies to African-Americans.

Don’t believe me? Check this out.

The Bleacher Report’s Mike Freeman said he talked to several owners around the NFL who said they would not bring Kaepernick on their team because of his refusal to stand for the national anthem.  Freeman is a well-respected, by the book, old-school reporter who would not make stuff like that up.

But if that’s not enough for you, here’s New York Giants owner John Mara.

“All my years being in the league, I never received more emotional mail from people than I did about that issue,” Mara said to a reporter. “If any of your players ever do that, we are never coming to another Giants game. It wasn’t one or two letters. It was a lot. It’s an emotional, emotional issue for a lot of people, more so than any other issue I’ve run into.”

I wonder many letters Mara has gotten from African-American fans telling him they support Kaepernick and that he and his fellow owners shouldn’t deny him a job?  Mara’s statement tells me NFL owners are always more concerned about the sensibilities of their White fans first and foremost.

Or put another way, #BlackFansDontMatter.

And that’s actually pretty stupid, because African-Americans football fans love their football, too. You can see them tailgating at stadiums, ordering Papa John’s Pizza during the games, drinking Coors Lite and spending  money on officially licensed NFL apparel, probably more than their White counterparts.

More than a few African-Americans that I’ve come across on social media have told me they won’t watch the NFL this season because of how Kaepernick is being treated. But don’t expect Goodell and the owners to raise an eyebrow, or to even be concerned, because their Black fans don’t matter to them.

(And if we’re honest, Black players and the Black doctors trying to help them don’t matter much either. This is a league, after all, that vehemently denied that head trauma was affecting its players long after their playing careers were over. This was also the same league that relentlessly vilified Dr. Bennet Omalu, the Black Nigerian forensic pathologist who discovered chronic traumatic encephalopathy and how if affected players after their careers were over.)

In the end, Castile’s death and the apparent death of Kaepernick’s football career are the latest examples of a country that is still in deep denial about how racism affects African-Americans and other people of color.

But then again, that shouldn’t be much of a surprise either.

The NFL Lockout: Are you ready for a strike?