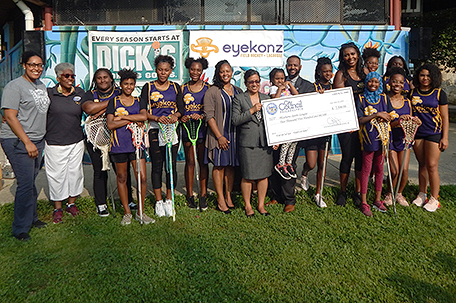 The City of Philadelphia and the State of Pennsylvania celebrated the milestone of the EYEKONZ Lacrosse Nine.

This is the first team that will be representing the City of Philadelphia as members of the State of Pennsylvania.

The event will be held this July 15-18 in Frederica, Delaware.

The celebration was held at the Mander Recreation Center.