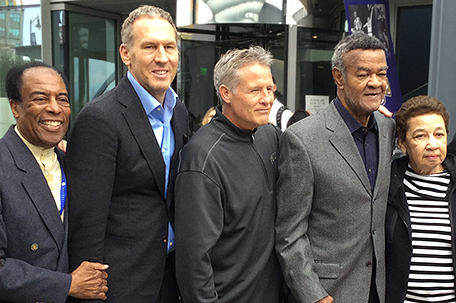 SPRINGFIELD, MASS. – Harold E. “Hal” Greer, enshrined as a member of the Naismith Memorial Basketball Hall of Fame in 1982, has passed away at the age of 81.

He will be remembered by many as an NBA Champion, the 76ers leading scorer and someone you would always want on your team.”

A 6-foot-2 fantastically athletic guard, Hal Greer had a sweet-shooting touch and was phenomenal on the fast break. His career stats and legacy are cemented in the NBA record books. At the time of his enshrinement, he ranked among the top 10 all-time in points scored (21,586), field goal attempts (18,811), field goals made (8,504), and minutes played (39,788). In a 15-year career, Greer averaged 19.2 points per game – with eight seasons of 20 points or more – and recorded 4,540 career assists. At Marshall University, Greer became the first African-American to play for a major college team in West Virginia. 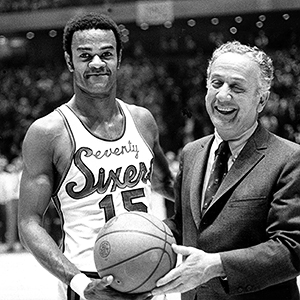 He developed an accurate one-hand jump shot and set Marshall’s career record for field goal percentage at .545. Greer was named All-Conference in 1957 and 1958. The only player to jump shoot his free throws, the productive Greer had logged 1,122 games when he retired from the NBA in 1973, setting another league record. Greer was named one of the 50 Greatest Players in NBA history.

“In addition to his historic contributions on the court, Greer will forever be remembered as a true gentleman who used the tremendous platform of basketball to uplift and inspire others,” the team said.

The team planned to celebrate Greer’s legacy before Game 2 against the Heat in South Philadelphia Monday night.

His wife Mayme, a son and two daughters survive Greer, according to the Sixers organization. Funeral plans have yet to be revealed.