A good dilemma to have 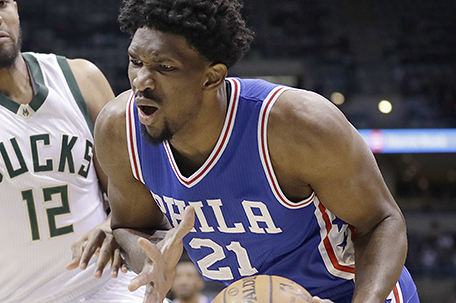 Right now, the Philadelphia 76ers find themselves in the horns of a dilemma.

That dilemma? Do they let potential stars Joel Embiid and Ben Simmons play after the All-Star break if they recover from their injuries, or should the team think about the future and shelve their young phenoms in anticipation of future greatness?

With the team still dealing with the fallout of not being on the level with the public about the torn meniscus in Embiid’s left knee, the big talk around town is whether or not the team should shut down the former Kansas star for the rest of the season.

Because Embiid’s injury won’t require surgery, he could theoretically be back before the end of the season.  There’s also the possibility that rookie Simmons, who is recovering from a foot injury, could be ready late in the season.

But given Embiid’s history with injuries, especially the foot injury that sidelined him for the first two years of his career, and the fact that the team isn’t within striking distance of the NBA playoffs, it wouldn’t seem illogical for the Sixers to put both players on ice until next season to give them the chance to get completely healthy for next season.

Since Dec. 30, the 76ers have a 14-11 record. During that time, they’ve been fun to watch as the team, led by Embid, has started to show flashes of what could be. 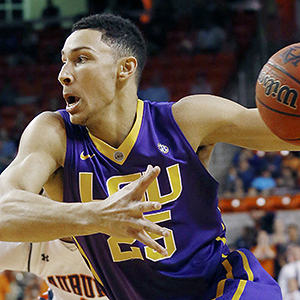 Brown even appears to be having fun coaching the team despite a 21-34 record. He believes that the team is finally buying into his defensive philosophy and has been making progress.

During a gathering of reporters earlier this week, Brown said he was more concerned about keeping the team focused for the rest of the season and getting better.

He’d like to see them end the season on a high note.

“We want to take this final third [of the season], move the program forward, and try to set the stage for a great summer,” Brown said on Sixers.com  “I’m excited for that final third, and so is my staff. This All-Star break will be dealt with on those terms.”

It’s safe to assume that Brown would love to see what the team would look like with both Embiid and Simmons on the floor. He wants to build some momentum and perhaps create some buzz for next season. After stinking up the joint the last few years in the name of getting a lottery pick, Brown wants to show fans a glimpse of what could be a promising future.

But for Sixers fans still smarting from the Andrew Bynum debacle, seeing Embid dancing on stage at a Meek Mill concert caused flashbacks of a Bynum too injured to play taking to the bowling lanes.

While I can see both sides of the argument, the outstanding play of Dario Saric and Nerlens Noel in the absence of Embiid and Simmons makes me lean toward shutting both of them down for the season so that they can get healthy and tear through the NBA next year.

Considering the dilemma that the Philadelphia 76ers usually face at this point in the NBA’s regular season, that’s an improvement.