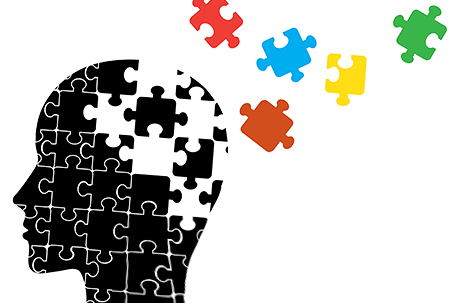 It’s the sixth-leading cause of death in the United States, affects more than 5 million Americans and one out of every three seniors will die from it. Yet misconceptions surround Alzheimer’s disease.

Contrary to what many people think about Alzheimer’s, it’s not a normal part of growing older. And while there’s not yet a way to prevent, cure or even slow the progression of the disease,  people with Alzheimer’s can benefit from detecting it early. During June – Alzheimer’s & Brain Awareness Month – the Alzheimer’s Association is encouraging everyone to learn the truth about Alzheimer’s disease.

“Misunderstanding crucial facts about the disease can have consequences that can lead to stigma, delayed medical attention and inadequate support for caregivers,” says Ruth Drew, director of family and information services, Alzheimer’s Association. “Greater understanding of Alzheimer’s is urgently needed given the dramatic impact of the disease. It devastates too many families for it to remain a mystery. We need everyone to know the truth about Alzheimer’s so we can bridge current gaps and build greater support toward advancing treatments and finding a cure.”

Alzheimer’s is most often associated with memory loss, but the truth is the disease can appear through a variety of signs and symptoms. A progressive and fatal disease, Alzheimer’s attacks the brain, killing nerve cells and brain tissue, which affects a person’s ability to remember, think and plan.

Every 66 seconds, someone in the U.S. develops Alzheimer’s, according to the Alzheimer’s Association. Detecting the disease early may help the person with Alzheimer’s, caregivers and loved ones in multiple ways.

People who receive an early diagnosis may have more time to explore treatments that could help relieve some symptoms, and help them stay independent longer. They may be able to participate in a clinical drug trial to help advance Alzheimer’s research. Resources such as Alzheimer’s Association TrialMatch can help you find current studies.

Detecting Alzheimer’s early can also give people with the disease, their caregivers and loved ones more time to plan for the future. If you are diagnosed in the early stages of the disease, you may be able to participate in decisions about your care, living arrangements, and financial and legal matters.

Only a doctor can accurately diagnose Alzheimer’s disease, but the Alzheimer’s Association has developed 10 warning signs and symptoms that may help you decide it’s time to consult a physician, including:

•   Challenges in planning and solving problems.

•   Confusion over time or place.

•   Misplacing things and not being able to find them by retracing your movements.

•   Withdrawal from others at work or in social situations.

•   Changes in mood or personality.

“If a person is having trouble doing something that they routinely did for years or they demonstrate a significant shift in personality that lasts over time – those are warning signs that need to be explored,” Drew says. “Too often people dismiss these changes as stress or having too much to do, but when they persist over time, it’s best to get it checked out. Ignoring the situation is the worst way of handling it.”

To learn more about Alzheimer’s disease and to find resources for caregivers, families and people living with the disease, visit www.alz.org, the website of the Alzheimer’s Association.