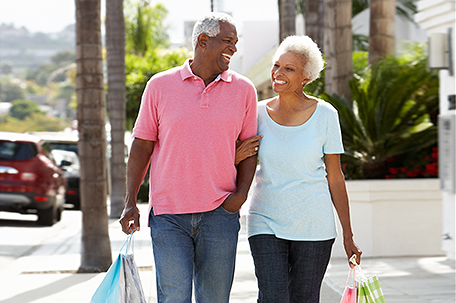 In planning for retirement, many people may develop what they believe is a realistic budget. Yet they have no palpable way of knowing whether they’ll be able to make changes necessary to stay within that budget and keep from prematurely exhausting their retirement resources.

As many near-retirees underestimate spending in retirement — no matter how realistic they try to be — they ultimately end up drawing more heavily, and more quickly, on their retirement nest eggs than they planned.

How to Make a Realistic Retirement Budget

Though some people end up spending less in retirement than they estimated, odds are you won’t be in this group. So how can you protect your retirement and help ensure that you can stick to your budget?

The answer: by living the retirement life you plan well before you retire — that is, spending now the way you plan to spend in retirement. If you can’t live according to your retirement budget while you’re still working, there’s a good chance you won’t be able to when you have all day to spend money.

Ideally, you should start thinking about this process 10 years before retirement and, when retirement is five years away, paring your spending every year to bring it in line with your retirement budget.

Since you’ll still be working, you can’t do that with certain expenses, such as commuter costs, lunches out during the workday and professional work clothes. But on most other forms of personal spending, you can come pretty close and see what it feels like to make the necessary changes. For most people, this means adopting — and accepting — a more modest lifestyle.

One complicating factor is that many workers aren’t aware how much they’re spending before retirement because they don’t keep track. This makes for more heavy lifting to identify expenses and make cuts for retirement budgeting. Any omissions can result in some “oops” moments in retirement. But by living the retirement life pre-retirement, you can identify these lapses in advance and make the necessary adjustments.

Some expenditures are obvious, but adjusting them may nevertheless involve sacrifices that can be unexpectedly painful. Expenditures involving such adjustments may include:

Car payments: If you’re accustomed to getting a new car every few years, you’ll probably have this expense in retirement unless you can make the frugal transition to owning cars longer. So, before you retire, see what it feels like to keep your car a few more years than you have in the past. If your car is leased, either buy it when the lease is up and put more miles on the auto or let the lease go and buy a used car (for cash if possible).

Travel: Many of us like to think about retirement travel, so we project this cost. But some people fail to tone down their travel style for a time when they’ll have less money coming in. If you like to splurge on vacations, such as staying at top hotels, for your next vacation, arrange for more modest accommodations and see how it feels.

Housing costs: Many people leave a more expensive area for a less costly one in retirement — for example, relocating from New Jersey to Florida. But what if you’ve been planning to do this for decades and change your mind, deciding instead to follow your kids from Ohio to California? Or what if you now want to remain in your high-cost state? One way to test for eventualities like these is to pencil out your revised retirement housing budget and save the difference from your original planned housing expense to your new version. This might dictate deeper cuts in other spending to free up cash.

Three Big-Ticket Items You May Need to Address

Then there are longstanding, significant expenditures that many people fail to consider, setting themselves up to blow holes in their retirement budgets. Living the retirement life early reduces the likelihood of this. Some examples:

Costly club memberships: If you play golf as a member of an expensive country club or the dues are funded by your employer, consider whether you can afford this outlay in retirement. Don’t assume that you’ll be happy switching to playing on public courses. Instead, try it. To see whether you’ll be able to keep your foursome together — assuming they’ll be retiring around the same time — sound them out on this at the 19th hole.

Donations to charities: If this altruistic expense isn’t in your retirement budget, you may want to include it or begin to make other adjustments so you can continue making charitable contributions. This might be more difficult than you think if giving at a certain level has become part of your self-image.

Funding grandchildren’s educations: It’s not unusual for some parents to help their grown children pay the college and private school tuition bills for their grandchildren. Nor is it unusual to overlook this expense in retirement budgeting. Parents who can’t afford to continue this support in retirement often discover that phasing it out is more difficult than expected because their grown kids have come to rely on it.

After going through this retirement spending exercise while you’re employed, you’ll have a better understanding of whether you’ll need to make adjustments because you’ve seen what it’s like to live the retirement life.