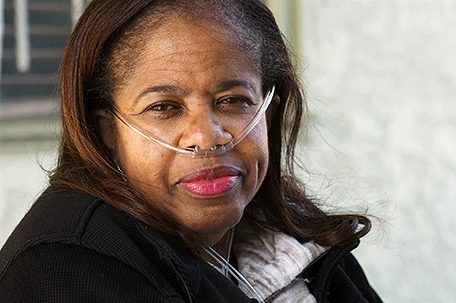 Pulmonary fibrosis (PF) is a progressive and debilitating disease that leads to scarring of the lungs, with no known cure. Yet, while more than 200,000 Americans are living with the disease, there are still many myths and misconceptions surrounding causes, treatments, diagnosis and more. The Pulmonary Fibrosis Foundation (PFF) is here to set the record straight for September’s Pulmonary Fibrosis Awareness Month.

Fact: While over 50,000 new cases are diagnosed annually, awareness of PF remains very low. According to a recent survey conducted by the PFF•  , 86% of Americans do not know the symptoms of PF, which include shortness of breath, fatigue and a dry, persistent cough.

“Pulmonary fibrosis has been in the news more because, like COVID-19, it’s a disease that impacts lung performance,” said William Schmidt, president and CEO of the PFF. “By improving understanding of PF, patients will be better able to recognize the early signs and start conversations with their physician.”

Fact: It can be difficult to diagnose PF because many symptoms are similar to those of other illnesses and can appear mild or absent early in the disease process, which can lead to late-stage diagnoses. Other common symptoms of PF include:

•   Discomfort in the chest

“It is important to track early warning signs and look for patterns in your symptoms, so doctors can identify appropriate treatments for your condition,” added Schmidt.

Myth #3: No one knows what causes pulmonary fibrosis.

Fact: While there are types of PF that don’t have a known cause, such as idiopathic pulmonary fibrosis (IPF), many do. PF with known causes include

•   Those related to autoimmune diseases, such as rheumatoid arthritis or scleroderma.

•   Those related to occupational exposures, such as asbestos.

•   Those related to environmental exposures, such as molds and birds, referred to as hypersensitivity pneumonitis.

•   Those directly related to smoking.

•   Certain medications and radiation therapy can also cause PF.

Several other factors put thousands of Americans at higher risk for PF, such as those over age 60 and those with a family history of interstitial lung disease.

Myth #4: There are no effective treatments for pulmonary fibrosis.

Fact: While it is true that there is no known cure for PF, there are a number of effective treatments.

•   Supportive care treatments, such as supplemental oxygen, medication and pulmonary rehabilitation, can lessen symptoms of cough, shortness of breath or fatigue.

•   For some types of PF, there are medications called “antifibrotics” that can slow down disease progression by about 50% on average.

Myth #5: After diagnosis, patients have 3-5 years to live

Fact: No one can predict exactly how long a person with PF will live. It’s also impossible to apply a population average such as this to an individual person. There are people with PF who live much longer than 5 years, and, unfortunately, those who don’t live long after a late-stage diagnosis.

Knowing the facts about PF will help promote understanding of the devastating disease, raise funds for vital research, lead to better treatments and ultimately to find a cure.