Elder financial abuse is on the rise, says AMAC Learn more about it and how to deal with it 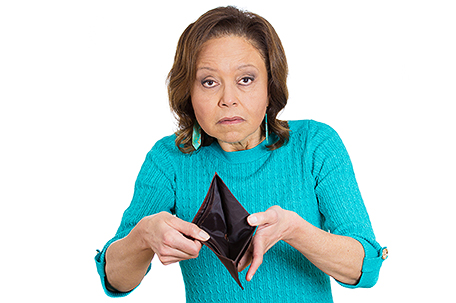 WASHINGTON, DC — Incidents of elder abuse are increasing at an alarming rate across the nation, according to the U.S. Justice Department and other authoritative private and public agencies.

Dan Weber, president of the Association of Mature American Citizens, says the financial exploitation of seniors is a “particularly insidious form of senior abuse but that victims seem loathe to report such crimes.  Perhaps it is because the perpetrators can often be their caregivers, including family members.  In fact, while one in 20 seniors reports being a victim of crime to the authorities, there is significant evidence that many more seniors are targets.  The Justice Department points out that only one in 23 elderly victims of abuse is apt to file a complaint.”

He cites a report by the National Center on Elder Abuse that concluded: “The elderly may be reluctant to report abuse themselves because of fear of retaliation, lack of physical and/or cognitive ability to report, or because they do not want to get the abuser in trouble.”

The financial services firm, True Link Financial, says its research indicates that seniors lose some $36.5 billion a year due to financial exploitation by individuals whom they trusted with their care.

“That’s a startling amount of money but it is not only a financial loss victims face.  Many of them become morosely depressed; they can become even more dependent than they were to begin with; and, it can have negative consequences on their physical and mental health,” Weber points out.

So, what can be done when financial exploitation of an older family member or friend is discovered?  It should be reported, of course, to law enforcement officials.  But, an immediate intervention may be called for.  Seek help from organizations and agencies that deal with such matters, including eldercare.gov, the National Adult Protective Services Association and local Adult Protective Services programs.  You can also visit www.justice.gov/elderjustice/roadmap, the Justice Department’s Elder Abuse Resource Roadmap.

You should take action if a senior you know manifests a sudden change in his or her financial condition, if he or she is missing cash and/or other valuables, or if he or she suddenly makes changes in wills and/or insurance policies.

And, Weber suggests, if you are a victim of financial exploitation, do not be afraid to report it.  “And, by all means, take precautions such as asking a trusted friend or family member to help keep your financial affairs in order and by keeping in contact with those individuals.”

The Association of Mature American Citizens [http://www.amac.us] is a vibrant, vital senior advocacy organization that takes its marching orders from its members.  We act and speak on their behalf, protecting their interests and offering a practical insight on how to best solve the problems they face today.  Live long and make a difference by joining us today at http://amac.us/join-amac.