Are Americans saving enough for retirement? 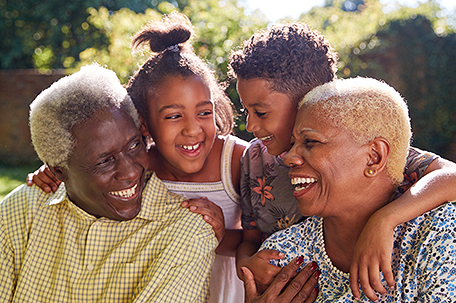 The answer you get to this question will depend on who you ask. The amount households have accumulated for retirement is not hotly debated, but the amount needed in retirement is. The Investment Company Institute (ICI) is working to make sure that everyone has the facts through its new website ,FactsOnRetirement.org. Much of the academic research and the ICI’s analysis of the retirement data indicate that most Americans are properly preparing for retirement, and with some very small changes, the retirement system can be even stronger.

It might surprise you to know that Americans have accumulated seven times more retirement resources per household today than we had just over four decades ago, after accounting for inflation. As a nation, we’ve gone from $500 billion in defined benefit (DB) plans, defined contribution (DC) plans, individual retirement accounts (IRAs), and annuities in 1975, to nearly $30 trillion today. Those assets are widely spread too – eight in 10 near-retiree households have retirement resources, and retired Americans are more likely to get income from a retirement plan today than they were in the 1970s.

IRAs, 401(k) plans, and other DC plans account for a large portion of the increase in retirement assets. Americans have now amassed $17 trillion in hard assets in these accounts.

Combined with Social Security, resources from employer-sponsored plans and IRAs are helping retirees keep up their standards of living. At FactsOnRetirement.org, ICI points to a groundbreaking analysis of tax data that shows most workers transitioning into retirement maintained or even increased their spendable income after claiming Social Security.

We often hear that the decline of the traditional DB plan has driven seniors into dire straits, but that’s not true. Remember, those traditional pensions are designed to reward workers who stay for decades with the same company and end their careers at that company. Other workers may receive little or no retirement income from these plans.

With 401(k) style plans, benefits accrue more evenly over a worker’s career and continue to grow as a worker moves from job to job, which makes them particularly well suited to America’s mobile workforce. The research shows that IRAs, 401(k)s, and similar plans can provide the resources workers need to live comfortably throughout their golden years. That’s one reason nearly eight out of 10 U.S. households have confidence these plans will help people reach financial security in retirement.

In general, our retirement system works, but it can be even better if policymakers work to build on its strengths. ICI recommends putting Social Security on a secure financial footing for future generations, making it easier for employers to offer retirement plans, and encouraging innovative features like auto-enrollment to help more workers save.

But as a first step, every American needs the facts. You can get them along with tips to make sure your own savings are on the right track at www.FactsOnRetirement.org.

Savvy Senior: How to search for forgotten 401(k) money