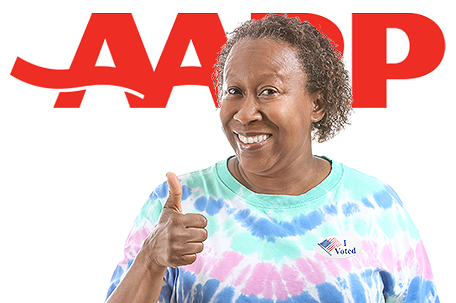 WASHINGTON D.C.— A newly released AARP poll finds an overwhelming majority of women voters aged 50 and over in South Carolina plan to turn out in force, with 79% of Democrats definitely planning to vote in the primary next week. The survey, conducted by the Harris Poll, shows that women 50-plus are most concerned about health care (34%), followed by terrorism and national security (27%) and immigration (26%). The poll also found a majority (78%) give elected officials a grade of “D” or “F” on dealing with the cost of health care and prescription drugs.

“Women 50 and over plan to turn out in force this year and could be instrumental in South Carolina and beyond,” said Nancy LeaMond, AARP EVP and chief advocacy & engagement officer. “Candidates should listen to women’s concerns about health care costs, by far the number one issue for these voters. Not being able to afford the care they need is putting the health and financial security of 50-plus women at risk.”

“Women over 50 are really engaged voters in South Carolina, but they are not monolithic,” said AARP South Carolina State Director Teresa Arnold. “African American women in our state will play an outsized role in determining the next presidential candidate for the Democratic Party coming out of S.C.  This poll underscores the importance of these issues to this significant voter group in the Palmetto state. Candidates running this year would be wise to understand the priorities and concerns of this crucial group of voters and how they’ll impact the future of our state.”

The survey was conducted by The Harris Poll on behalf of AARP from December 5 to December 25, 2019, among 1,000 age 50-plus, registered women voters in South Carolina.

Additional findings from the survey include:

* Women 50-plus believe that quality health care should be a right, not a privilege (80%), and that older people (89%) and those with preexisting conditions (85%) should not have to pay more.

* A majority of 50-plus women voters in South Carolina (54%) say the health care system is not working well overall.

* Women 50-plus are more likely to blame drug companies charging too much for medication as most responsible for rising health care costs (at 47%, drug companies got top billing for blame, beating the next highest source by nine points).

* Among 50-plus women in South Carolina, there is strong bipartisan support for strengthening Social Security: 93% of Democrats and 85% of Republicans.

* 50-plus women think their leaders deserve some blame for not making it easy to save for retirement: 60% give elected officials a D or F grade.

The South Carolina poll is the fifth in AARP’s “She’s the Difference” series, which is running throughout the 2020 election cycle. The series explores the priorities and concerns of women voters ages 50 and older – a key demographic that will likely determine the outcome of races across the country.

A national poll, the first in this series, found that 95% of women over 50 plan to vote in the 2020 general election, and nearly 7 in 10 have not decided who they will vote for. Other polls include surveys of Iowa, New Hampshire and Nevada voters.

This survey was conducted by the Harris Poll on behalf of AARP from December 5 to December 25, 2019, among 1,000 age 50-plus, registered women voters in South Carolina. The data from phone and online interviews were combined and weighted to reflect known demographics. The data are weighted to the population of female South Carolina residents age 50-plus using population benchmarks from the Census Bureau’s March 2019 Current Population Survey and the Centers for Disease Control and Prevention’s 2017 National Health Interview Survey.

Weighting by education, age, race, Hispanic ethnicity, marital status, household income, employment status, and landline/cell phone usage bring these data into line with the actual proportions in the population. Propensity score weighting was also used to adjust for respondents’ propensity to be online to ensure representativeness among the online respondents.

For telephone respondents, number of phone lines, recent phonelessness, and number of adults in the household were also included to account for probability of selection. In keeping with standards set by the American Association for Public Opinion Research, the Harris Poll does not estimate margin of error for this representative sample.