True representation for the Commonwealth 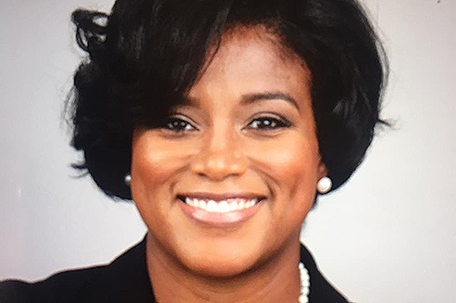 Judge Sierra Thomas Street hopes to get a seat on a court in need of diversity.

Here’s a piece of 2020 Pennsylvania General Election trivia that you might have missed.

Former President Donald Trump filed a variety of lawsuits in Pennsylvania’s courts challenging the legality of the Commonwealth’s vote tallies. Trump and his supporters in the Pennsylvania Legislature filed challenges in Courts of Common Pleas across the state, and appealed the many losses suffered to all of Pennsylvania’s appellate courts.

Of all of these courts, Trump was only victorious in one: Pennsylvania Commonwealth Court. This appellate court granted Trump’s canvassers to get closer to those counting the votes in Philadelphia. While the victory was eventually struck down by the Pennsylvania Supreme Court, this appellate body made up of six Republicans, two Democrats and one independent put Trump’s electoral efforts on life support briefly.

And like all of Pennsylvania’s appellate courts, it is largely white and deals with a lot of issues that disproportionally impact people of color, like, for example, equitable funding for the Commonwealth’s school districts.

For Judge Sierra Thomas Street, the chance to be a voice for Pennsylvanians that understands the stakes of such policy issues is why she’s running for Pennsylvania Commonwealth Court. As a former White House intern, and a judge in Philadelphia’s Court of Common Pleas for eight years, she’s seen why these courts are important.

“I’ve always been interested in government and policy,” Street said. “I’ve worked on a lot of governmentally-related cases. When I was approached to run by [Superior Court Judge] Dan McCaffrey to run for this office, I decided to do it because the Commonwealth Court is such an interesting court that hears a lot of quality-of-life issues for working families. But, it’s not diverse at all, and that needs to change.”

The stakes are pretty high. There are two seats, each with a 10-year-term, up for grabs in this election. Depending on which party wins, Commonwealth Court could move closer to even at 5-4 should Democrats take the two seats. Or if the Republicans win, it could be a 9-0 Republican advantage.

A graduate of Temple University’s Beasley School of Law and Howard University, Street is a member of the Civil Trial Division, Complex Litigation Center of the Court of Common Pleas. Before being elected to the bench, she was a trial attorney at the Defenders Association of Philadelphia, representing indigent juveniles and adults. She also served as chief counsel at the Friends Rehabilitation Program Inc. and is a co-founder of the Jobs, Training, Employment and Education Re-Entry Program.

Street will be competing against another Philadelphian, Judge Lori Dumas, for the Democratic nomination. Both are endorsed by the Philadelphia Democratic City Committee and have been recommended by the Pennsylvania Bar Association.

Mail-in voting for the May primary has already began. In-person voting will begin on May 18.