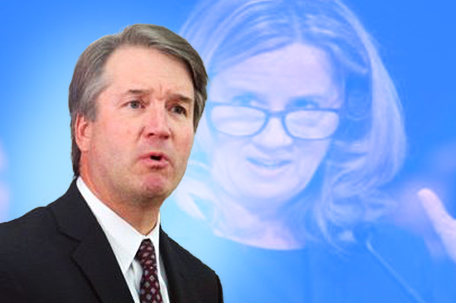 Voting along party lines, the U.S. Senate’s Judiciary Committee on Oct. 28 sent Judge Brett Kavanaugh’s nomination to the Supreme Court to the full Senate, but committee members agreed not to hold a final vote on his nomination for at least a week, so the FBI can conduct more of an investigation into Kavanaugh to answer questions some committee members found troubling, including allegations of sexual misconduct.

Sen. Charles Grassley, chairman of Senate Judiciary committee, told committee members he would advocate for a delay, but he said he did not have the final say.

Late Friday, Trump did just that. He ordered the FBI to conduct supplemental investigation of Kavanaugh, who sits on the U.S. District Court of Appeals for the D.C. Circuit, the nation’s second-most powerful court. Trump nominated Kavanaugh to the Supreme Court on July 9 to replace Justice Anthony Kennedy, who retired.

Republicans, who have a 11 to 10 majority on the Judiciary Committee, agreed to follow U.S. Senator Jeff Flake’s suggestion to delay the vote for “no longer than a week.” Earlier, Flake, a Republican, said he would vote to confirm Kavanaugh, but he came up with a compromise after a group of outraged women trapped him in an elevator and shouted at him, beseeching him not to support a Supreme Court nominee who has been accused of sexually assaulting a woman.

The FBI investigation is being sparked by an incident that occurred more than 30 years ago.

Christine Blasey Ford, a high school age friend of Kavanaugh, testified that during a house party, he attempted to rape her. When she screamed for help, he covered her mouth with his hand to muffle her screams.  “I thought he was going to kill me,” she testified. Observers who listened to Blasey Ford were convinced of her honesty.

Kavanaugh, who testified after Ford, now known as Dr. Ford, said he never assaulted her or any other woman. “She may have been assaulted by someone else, but it wasn’t me,” he said. “I always treated women with respect.”

The alleged assault took place in the presence of Mark Judge, a friend of Kavanaugh’s, in a bedroom where the door was locked.

Blasey Ford testified that Kavanaugh climbed on top of her, ran his hands over her body and attempted to remove her clothing but had difficulty doing so because he was inebriated and because she was wearing a one-piece bathing suit underneath her clothes. Judge told Kavanaugh to stop twice.

Ford said she made eye contact with Judge, hoping he would help her and make Kavanaugh leave her alone. Instead, Judge jumped on the bed twice. The second jump caused Kavanaugh to bounce off Ford who freed herself and ran into a nearby bathroom and locked the door; she said she remained there until the she heard the two boys stumbling down the stairs, laughing.

Mark Judge, who has acknowledged he is a recovering alcoholic, submitted a statement written by his attorney to the Senate Judiciary Committee, indicating that he does not recall the incident of sexual assault that Ford described in her testimony before the committee. He has not talked to the FBI, but late Friday afternoon, he said he would do so.