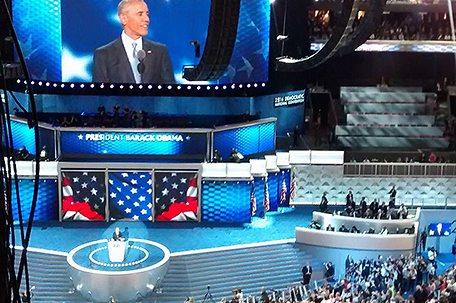 The rift between Bernie Sanders and Hillary Clinton supporters is painful and evident.  The Democratic Party can’t deny that although Sanders supporters won’t be able to vote for their candidate, they are still proving to be a strong force.  Even with President Obama’s popularity and call for party unity during his powerful DNC speech, Democrats can’t afford to ingore the “Bernie Sanders effect.” It could cost them the election in November.
On Tuesday, Day Two of the Democratic National Convention, Hillary Clinton made history as the first woman to be nominated for President of the United States by a major party.
Some “Berniecrats” have heeded Sanders’s call to support Hillary.  Some say flat out that they will never vote for Hillary and others are on the fence whether they  should vote for Trump.
This is not a good sign and Democrats can in no way be certain that they will win the White House. This will not be an easy election for Hillary Clinton to win in November. President Obama said it best during his DNC speech on Day Three: 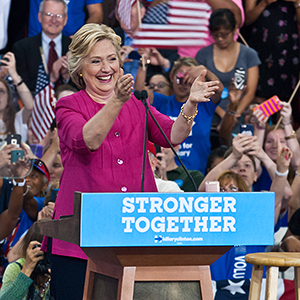 “So, if you agree that there’s too much inequality in our economy, and too much money in our politics, we all need to be as vocal and as organized and as persistent as Bernie Sanders’ supporters have been.  We all need to get out and vote for Democrats up and down the ticket, and then hold them accountable until they get the job done.”

However, Berniecrats are already holding Democrats responsible.
Say what you want, Sanders and his supporters have done a fabulous job at disrupting the establishment aspects of the Democratic Party and shaking things up a bit.  The impact of their organization efforts have been noted nationally and internationally.
Now that Clinton has been nominated,  she must explain in detail for her political track record to gain the Berniecrats trust and overcome resistance. Some of the sticking points are supporting her husband on the crime bill in the 90’s, voting to support the Iraq War in 2002, and many other issues important to Sanders supporters.
Sanders returned to his post on Capital Hill folliwing the convention.
So the question is:  Will Hillary continue to have an ongoing and open dialogue with Sanders supporters in order to persuade them to support her up until November? Time will tell.