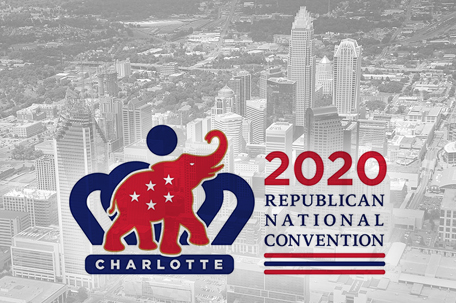 WASHINGTON (AP) — Melania Trump portrayed her husband as an authentic, uncompromising leader in a Rose Garden address as President Donald Trump turned to family, farmers and the trappings of the presidency to boost his reelection chances on the second night of the scaled-down Republican National Convention.

Mrs. Trump offered a polished portrait of Trump’s presidency Tuesday night that was often at odds with the crises, division and unforgiving actions of his administration.

But it was part of a broader effort to show a more forgiving side of a combative president who will soon face the voters. Beyond the first lady’s remarks, Trump pardoned a reformed felon and oversaw a naturalization ceremony for several immigrants in the midst of the program, though he frequently states his vigorous opposition to more immigration, legal as well as illegal.

“In my husband, you have a president who will not stop fighting for you and your families,” said Mrs. Trump, an immigrant herself. “He will not give up.”

At Mrs. Trump’s 2016 convention speech, she included passages similar to what former first lady Michelle Obama had said in her first convention speech. A speechwriter for the Trump Organization later took the blame.

Only the second foreign-born first lady in U.S. history, Mrs. Trump, 50, is a native of Slovenia, a former communist country in eastern Europe. She became Trump’s third wife in 2005 and gave birth to their now 14-year-old son, Barron, in 2006 — the year she became a naturalized U.S. citizen.

The first lady spoke from the renovated Rose Garden, despite questions about using the White House for a political convention. She addressed an in-person group of around 50 people, including her husband.

“Whether you like it or not, you always know what he’s thinking. And that is because he’s an authentic person who loves this country and its people and wants to continue to make it better,” Mrs. Trump said. “He wants nothing more than for this country to prosper and he doesn’t waste time playing politics.”

Trumping the Donald on Immigration