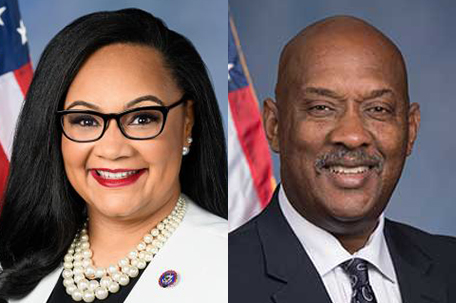 • Provide a capped, competitive credit for university programs focused on the impacts of climate change on low-income communities and communities of color;

• Prioritize projects including Historically Black Colleges and Universities (HBCUs) and other Minority Serving Institutions (MSIs). The bill would create a capped refundable competitive credit of $1 billion for each year from 2022 through 2026 to institutions of higher education for environmental justice  programs. The base credit would be 20 percent of costs to be spent within five years by the receiving institution. Programs with material participation from HBCUs and MSIs would be eligible for a higher credit of 30 percent.

“We know that environmental justice is a longstanding problem in this country, which has been accelerated by climate change, and our bill would leverage more than $1 billion per year to drive positive change. I was proud to co-lead this bill in the last session with the late Congressman John Lewis, a true civil rights hero, and I’m pleased to welcome his successor, Congresswoman Williams, as lead co-sponsor,” said Evans, who serves on the Ways and Means Committee, which oversees taxes and tax credits, as well as trade, Medicare and Social Security.

Congresswoman Williams said, “Environmental justice for Black, brown and indigenous communities is long overdue in the country. I am proud to work with Congressman Evans on this bill to create tax breaks for HBCUs to study how to improve environmental outcomes for marginalized communities. HBCUs particularly have a history of uplifting those most marginalized and this bill will continue that tradition.”

The bill was included in the House-passed GREEN Act in the last Congress. Evans said he’s optimistic about the chances of the legislation being included in the Ways and Means Committee’s portion of the “Build Back Better” budget reconciliation package.