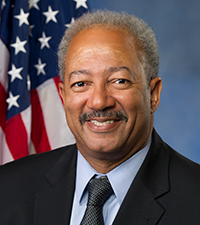 SUN:  What are your specific plans to address poverty in your district?

CF: I’ve spent my entire career fighting to improve the life chances of children and working families–from funding programs that helped poor communities to get to their first well-paying job, to saving the homes of thousands of Pennsylvanians and millions across the country. I’ve pushed Congress to invest in youth mentoring programs and advocated for the Second Chance Act – ensuring that even if someone gets off the right path that when they leave the criminal justice system they can begin again with their lives in front of them.

CF:   No, I do not support stop-and-frisk. That said, stop-and-frisk is a city government issue not a Federal issue. However, I am in support of strategies that will help reduce violence in our communities. Remember, I was publicly against it even while groups around the country on both sides of the political spectrum argued for it. I even took on the Philadelphia Inquirer on this issue and often stood alone in opposition to a police that would criminalize our neighborhoods.

CF:    Yes, I support Black Lives Matter.  I applaud those actively involved in the Black Lives Matter movement. When I was a young child growing up here in Philadelphia, my mother Falaka Fattah understood the challenges facing young African American boys and she took them into our home and gave them a second chance.

CF:  Rebuilding our schools, generated career training opportunities, protecting programs that empower our youth to meet their full potential. This is why every labor union or group that protects the interest of workers or poor families has endorsed my campaign. 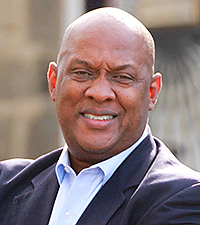 DE: We need to have co-operation between the public, private and non-profit sectors to address poverty. We also need to raise the minimum wage to $15 an hour, so the jobs that people seek out can actually support them and their families.

SUN:  Do you support stop-and-frisk?

DE:  No, I believe that community-centered policing is an integral part of vibrant communities.  It is time for Congress to support the kind of policing programs that both reduce crime and promote cities’ quality of life and economic growth.

DE: Yes, the Black Lives Matter has brought attention and focus to issues like poverty, racism, criminal justice reform and other issues that African-Americans have lived with for too long.  I will advocate and push for solutions to these and other issues.

DE:  Poverty, education and the rebuilding of our neighborhoods are some of the pressing concerns. The federal government needs to work with all levels of government to address these issues.  I believe that my leadership and track record of finding solutions speaks to these issues.  I will work in Congress to pass legislation that addresses these and other issues from day one. 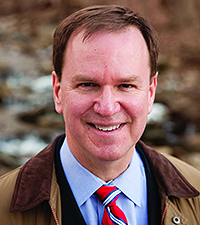 SUN:  Do you support stop-and-frisk?

BG: No Stop and frisk is unnecessary for quality policing and is unconstitutional. Waiting and observing before acting will allow police assess innocence or guilt before acting. Police must have a reasonable suspicion clearly before any stop may occur.

BG: Yes. As a civil rights lawyer who has handled many use of force cases, I am a strong advocate for the reasonable and lawful use of force in every encounter between civilians and police.  I support community policing. I support putting operations manuals on line so citizens cans fully their rights and responsibilities when dealing with the police. I support training for every police officer in hidden bias and policing without racial bias.

BG: Poverty, violence, a broken school district and the need for jobs. We need to gear public education to prepare children for jobs in our region. We need to promote our great industries which are medical and healthcare; tourism, history, hotel, restaurant, art and museums; the port and shipbuilding. We need trade policy designed to return manufacturing jobs to Philadelphia.

BG: Hillary Clinton for President but has taken a few of Bernie Sanders policy pieces like a penny tax on every Wall Street trade to support fully funding public school education for everyone within the 2nd Congressional District. 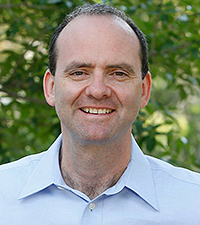 DM:  The poverty in the 2nd Congressional district is unacceptable.  I believe to tackle poverty we must commit ourselves to tackling issues of education, public safety, and living wage employment.  I strongly support raising the minimum wage to $15 an hour and then indexing it to inflation.

SUN:  Do you support stop-n-frisk?

DM:  I thought the practice was to have been terminated this year, but it’s apparently continuing.  The ACLU found that the Philadelphia police continue to make racially-biased stops and frisks in violation of the 2011 consent decree.  Last year, 42 percent of frisks were conducted without a valid reason.  This is simply an assault on liberty, primarily directed at African Americans, and it must end.

SUN: What are some of the pressing issues that you feel are affecting your district? And, how do you plan to address them?

DM:  I have committed much of my attention in my campaign to tackling gun violence.  This is certainly not the only challenge facing this district, but incidents of gun violence and gun crimes have spiked this last year, so it’s a troubling trend.  I have a six-point plan of reasonable legislative measures to tackle gun violence. If elected, I will fight hard to get my plan enacted into law.

SUN: Which candidate are you supporting for the Pennsylvania  Presidential primary?

DM:  Hillary Clinton. But, Bernie Sanders has added a lot of conversation to the debate.