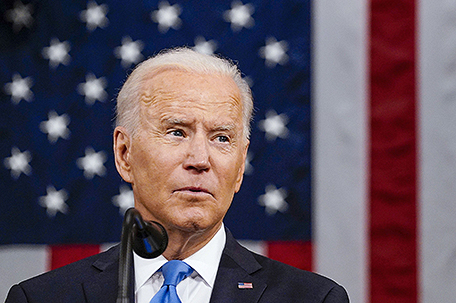 ABOVE PHOTO: President Joe Biden addresses a joint session of Congress, Wednesday, April 28, 2021, in the House Chamber at the U.S. Capitol in Washington. (Melina Mara/The Washington Post via AP, Pool)

TULSA, Okla.  — President Joe Biden will visit Tulsa next week to commemorate the 100th anniversary of the 1921 massacre that claimed up to hundreds of lives in the city.

The White House said Tuesday that Biden will visit Tulsa on June 1. ‘His appearance will follow a weekend of events including a keynote speech from Stacey Abrams and a performance by John Legend.

In 1921, a white mob descended on the Black section of Tulsa, known as Greenwood, and burned 1,000 homes and looted hundreds more. The community has never recovered from the attack.

Details of Biden’s visit weren’t immediately released Tuesday. His trip comes just under a year after then-President Donald Trump picked Tulsa as the site for his first campaign rally after the coronavirus pandemic hit. Trump initially scheduled the rally for Juneteenth, when the last enslaved African Americans learned they had been freed, but later rescheduled it.