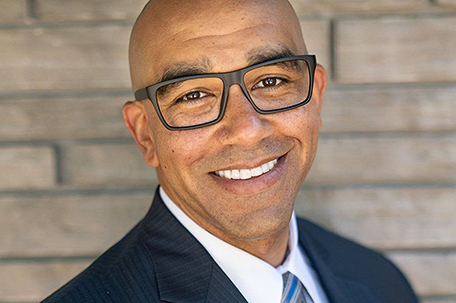 Nick Kamau hopes to bring his experiences as both a defense attorney and a prosecutor to the Court of Common Pleas.

Right now, America is attempting to have a conversation about the injustices that seem to be inherent in the Criminal Justice system.

From a young age, Nick Kamau knew that he wanted to be a part of that conversation. As a child, he had experienced firsthand through being the victim of a hate crime — a cross was burned in front of his family’s home and there were death threats — how unfairness can hurt people on a level that others can’t always see.

“I’ve always really been interested in social equity and injustice,” he said.” It was through those experiences I grew very empathetic and wanted to make other people’s lives better.”

Toward that end, Kamau is running in the 2021 Democratic primary election for a seat on Philadelphia’s Court of Common Pleas. There are eight seats available on the court this election cycle, each with a 10-year term.

While a student at Howard Law School, Kamau learned the law from a perspective that allowed him to understand its impact on Black communities without filters, he said.

Through all of these sets of experiences, Kamau obtained a perspective that he thinks will serve him well as a judge, he said.

“The real power is with prosecution and the judge,” he said. “They’re the ones who decide what you’re charged with and what your punishment is. The defense is there to push against the prosecution and to advocate with the judge. I understand this from both sides, and I think that this 360-degree view gives me a unique view.”

Another thing that motivated Kamau to run was the lack of diversity on the Court of Common Pleas, Kamau said. While it’s not predominately white like the appellate courts, there is only one Black man on the court presently who is hearing felony cases, he said.

When you consider who comes before these judges, it’s something that needs to be addressed.

“We need more Black judges, especially Black men,” Kamau said. “There are close to 50 judges on that court and 75% of the people, the vast majority of them, are poor Black men. I’m not saying that there aren’t good judges there. The Black women who are judges on the Court of Common Pleas have been tremendous trailblazers and mentors and have done tremendous things for the community and for Black male judges. But there is a huge disparity.”

Mail-in voting has begun for the May Primary. In-person voting will begin on May 18.